Zero to Job Offer in 6 Weeks 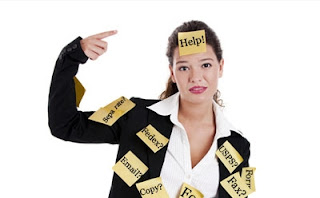 Although it is easy to feel that those online job applications we engineers send in simply drop into a big black hole due to lack of one-on-one human updates, for most companies it really isn’t true. There is a process, a response mechanism, and a need for speed.

CNNMoney decided to look at some specifics and selected global technology giant, Siemens. At the time, Siemens needed more than 3,000 engineers, salespeople, technology professionals, field service representatives and others across the U.S.

The study goes on to say that on Feb 24, the company began looking for a civil engineer for the Orlando headquarters of its energy division. After advertising on Monster and CareerBuilder, as well as Siemens' internal and external web sites (About 40% of Siemens' jobs are filled from within.) 44 candidates applied for the position within 12 days.

Since it is tough for one of 80 recruiters that sift through the more than 65,000 applications per month, to review every single resume, Siemens’ staff depends on sorting technology that allows them to filter out applications that meet the specific requirements of the job.

For this civil engineer position, Siemens was looking for five to eight years of experience and competency in "complex material specification" and "schematic preparation." It wanted someone who is a problem solver, but also refers complex, unusual problems to others.

During those first 12 days, the recruiter found only two qualified people and telephoned them to confirm information on their resumes, get examples of on-the-job experience and a sense of whether they'd fit in at Siemens. The 15 to 45 minute conversations also covered what they expected in terms of salary, and whether they would be willing to relocate and travel for the job. The recruiter then sent the qualified candidate names to the hiring manager.

The other 42 applicants received an email acknowledging their application. They remain in the database in case they turn out to be a good fit for another position. By mid-March, another 54 people had applied, and the recruiter sent four more applicants to the hiring manager for review. Of those six people, the manager chose three to interview by month's end. During that time, another 53 candidates sent in resumes.

Interviewers prompted prospective employees to describe a situation, how they resolved it, and what they learned from the episode, while listening for mention of traits important to the company. Teamwork, capabilities, leadership potential, and cultural sensitivities are all key at any international tech firm.

"It's not only to fill the position that is being advertised, but it's also to look at that talented individual joining the organization [and] where can they go in the future," said Mike Panigel, chief human resources officer for Siemens.

In case you are still counting, by early April, another 36 resumes arrived, but too late to be considered. The hiring managers had already selected one person. The successful civil engineer candidate was offered the position on April 8, beating out 186 other applicants.

There really is a process out there, it is massive, overloaded, and to make it through you need to be specific. Put it all in terms of what the company needs, has advertised for, and get the real interview!

You can do this!

K. B. Elliott is a freelance writer for Engineer-Jobs.com. Working related positions in the Detroit area for over 30 years gives him a unique perspective on the process. To read his blogs, please go to Engineer-Jobsblog.com, and be sure to check out the postings for jobs in nearly any industry at Nexxt

Are you ready for that next job as a Professional Engineer? Find your niche position at Engineer-Jobs.com