A Day Without Women in the Workplace 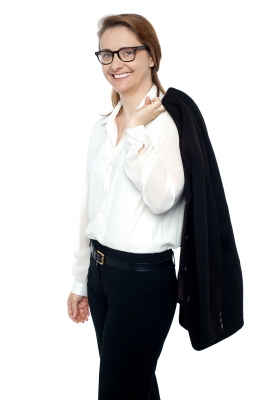 Since 1909, International Women's Day has occupied March 8 on the calendar, commemorating the movement for women's right. In 2017, however, many women nationwide took the day to a whole new level, declaring the Wednesday 'A Day Without a Woman.' On this day, women were encouraged to stay home from work, and while some participated, many others did not. Find out what a workplace without women could really look like.

As of 2017, women are more likely than men to hold a college degree, so it's no surprise that these vital industries are made up of so many female employees.

A true day without women in the healthcare industry could prove to be disastrous, as 78 percent of all physicians, surgeons, physician assistants and registered nurses are female. Similarly, a whopping 78 percent of dentists, dental hygienists and dental assistants are women. If patients are able to see their doctor, they may have a problem filling any prescriptions, as females make up 55 percent of all pharmacists.

The Education and Finance Industries

The education and finance industries are sure to shut down without women. Among teachers and teacher's assistants at the preschool, kindergarten, elementary and middle school levels, 84 percent are female. Further, women make up 63 percent of tax preparers and 85 percent of bank tellers.

Taking public transportation may pose a problem without women in the workplace, since 44 percent of all bus drivers, attendants, and subway, streetcar, and other rail transportation workers are of the female gender. Hailing a cab or taking a limo may serve as a better alternative, as only 14 percent of workers are women.

Those who find themselves in trouble with the law have varying chances of encountering working women depending upon the stage of the legal process. While only 16 percent of police officers and detectives are female, an extraordinary 50 percent of lawyers, paralegals, legal assistants, judges and magistrates are women.

Finding out what's going on in the news could be tricky in a workplace without women. Women make up a colossal 58 percent of news reporters, correspondents, analysts, editors and communication workers.

As women break further and further into these high-powered industries, it's important that sexism not play a detrimental role in their success. Women should find their voices to combat sexist remarks and bring contentious situations to the attention of their superiors. When knocked down by sexism, females must remain focused on their goals and take support from other strong women.

While International Women's Day marks an important day on the calendar and A Day Without a Woman presents a strong picture of what the workplace might look like without women, it's imperative that women continue to squash sexist stereotypes whenever they arise. Women who are underestimated by men have the opportunity to push ahead, outshine the competition and prove the doubters wrong.