About the Internet of Things 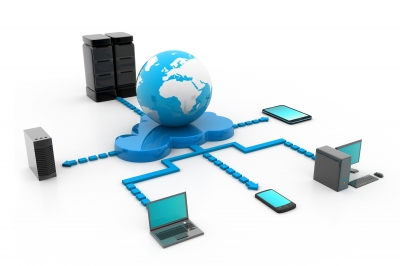 There's a new technology that's finding itself more and more at home in today's world. The Internet of Things is, as a concept, the logical next step in the information revolution that has so far made the world faster, smaller, and more connected. As a manager, you'll have to know a thing or two about how the Internet of Things works and how it will fit into your existing business model.

The Internet of Things is a giant, globe-spanning network of everything you've ever touched—or it will be, once the system is in place. That won't take long, as industry giant Cisco estimates that some 50 billion objects will be connected to the system by 2020. The way it's being imagined, most of the objects in your environment—even certain disposable items—will have been tagged with some kind of tracking technology, such as an RFID chip, that will map its physical location and, perhaps, something about its state and performance. An autonomous Internet will then track the objects, monitoring their performance and deciding when they're due for repair, replacement, or recall. The underlying idea of the Internet of Things is to remove fallible, overworked humans from the input cycle, and simply let objects keep track of themselves.

The idea of self-tracking inventory has already suggested one extremely helpful application for the Internet of Things: logistics. With no particular need to forecast a replacement schedule, management professionals will find themselves free to focus on their staff, as opposed to projecting when the paperclips will run out. When office supplies are connected to the Internet of Things, the paperclips will look after themselves.

Another great advantage to the system will be in sales and marketing. Remember how the office supplies were keeping an eye on themselves? Tracking your customers' inventory will give you precise insight into their needs, allowing you to focus your marketing efforts. Similar applications abound, and the parameters of the new connected world have yet to be charted.

Of course, there will be drawbacks. One of the most important things for a manager to know about the dawning Internet of Things is that security is going to be hard to guarantee. Major problems have been revealed in the security of distributed tracking systems. Unfortunately, the ability to remotely track your inventory, workforce, and sales prospects isn't going to be available to just you. Investing in frontline defense systems as they become available will be critical to resisting the hackers who will want to take advantage of your talkative staplers to get a peek at your company's sealed bids.

The Internet of Things is on its way. Already, thousands of IT professionals around the world are working on it. Top companies, such as Cisco, Apple, and Google, are fully invested in a future built on clever devices talking to one another. As a manager, your ability to navigate the new world of the Internet of Things could easily determine how well your company does in that future.

Burning Questions: Will the meal kit craze, sparked by lockdowns an...
news via Financial Post - Top...
Office Hours: How we will work in 2021
news via Latest News - Ad Age