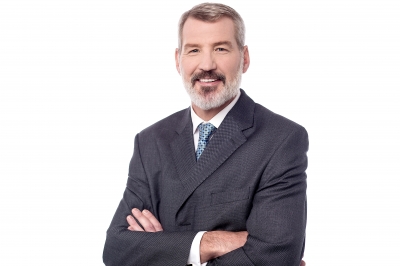 Workplace discrimination isn't a new concept, but much of the conversation centers on women and minorities, leaving the plight of older workers in the shadows. According to new unemployment numbers, ageism in America is alive and well, and affecting professionals over the age of 55.

Although the overall unemployment rate in the United States is relatively low, older workers are not seeing an improvement. According to the Schwartz Center for Economic Policy Analysis at the New School, 12 percent of people age 55 and over who want to work remain unemployed, including those workers unable to find full-time work or who stopped searching for work after four weeks.

Technically, the U.S. Equal Employment Opportunity Commission and the Age Discrimination in Employment Act protects older workers from age discrimination. Under the ADEA, employers may not use age as a deciding factor in hiring if the worker is over age 40.

Illegal or not, both statistics and personal reports indicate that employers prefer younger workers over older workers. In 2013, AARP released a study entitled "Staying Ahead of the Curve 2013." The study reported that 64 percent of workers between the ages of 45 and 74 have witnessed or personally experienced age discrimination. What's more, 92 percent of those people believe ageism in America is "very common" or "somewhat common."

Ageism is a growing topic of concern among analysts and workers, particularly given the increasing age of the American workforce. In early 2016, the Pew Research Center analyzed data from the U.S. Bureau of Labor Statistics and found that 18.8 percent of people age 65 and older still work — the highest percentage since 2000. Analysts expect this number to grow in coming years, given the lack of solid pension plans and increasing retirement costs.

Unfortunately, discrimination against older workers is both prevalent and difficult to prove. With many employers lacking motivation to hire mature workers, older professionals must find ways to stand out. Technology is a natural starting point; to stay competitive, workers over the age of 45 must be equally capable as younger workers in industry standard programs, apps and devices. They must also be fluent in the language of technology, social media and modern communication. After all, a single outdated reference or an accidental blunder can mark an older person as clueless or out of touch.

Other ideas for competing with younger candidates include using age and experience as a selling point during the hiring process, leveraging industry contacts as references, and looking polished and modern for job interviews.

There's no question: older workers face an uphill battle in the job market. By becoming aware of age discrimination and finding ways to fight it, older professionals can remain a viable and active part of the American workplace.

Image courtesy of stockimages at FreeDigitalPhotos.net