Apprenticship is a Critical Training Tool in Manufacturing 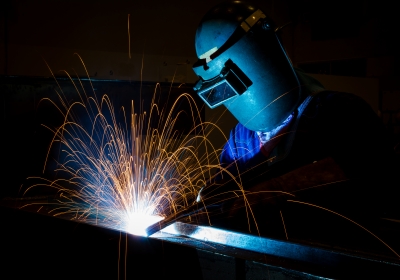 As the U.S. manufacturing industry experiences a resurgence, the focus has turned to the workforce. As it stands, the existing manufacturing labor force is not trained in the most recent tools and processes. To breach the skills gap, some companies are turning to manufacturing apprentice programs.

The skills gap is one of the most significant problems facing the U.S. manufacturing industry. Corporations and the U.S. government are working to develop new production facilities that use state-of-the-art equipment — a necessity if the industry is to be competitive with low-cost countries such as China and Pakistan. Because manufacturing in the United States has not been a viable economic force for decades, however, the bulk of the workforce has not kept up with changing technology.

A manufacturing apprentice initiative could be the answer. The initiative would recruit companies to take in apprentices — essentially, technical interns — and provide training in procedures and processes. Working part-time, the apprentices would learn in a hands-on environment. Participants would also receive relevant classroom training. The program could be targeted at a variety of age groups, from high school students to older skilled workers.

For companies, a manufacturing apprentice program is a valuable training tool. It offers a low-stress, low-commitment way for potential employees to learn about a company. It also gives companies the chance to screen workers without the expense of hiring them full-time. For the industry as a whole, the program would create a large pool of skilled workers, which is crucial for the success of manufacturing in the United States. The lack of qualified candidates has been a problem for years; in 2011, an estimated 600,000 manufacturing jobs were vacant.

Apprenticeship is not a new concept, particularly in Europe. In countries such as Germany and Switzerland, 55 to 70 percent of young citizens participate in apprentice programs. For a set period of time, they work closely with companies to learn hands-on skills that are necessary for future employment. The programs enable students to develop valuable skills before they graduate from high school, resulting in a larger number of skilled workers.

For students who are not college-bound, a manufacturing apprentice program is a viable educational option. It requires minimal extra school time, if any, and increases the likelihood of gainful employment after graduation. Supporters of apprenticeship argue that it can help reduce unemployment among younger workers who do not plan to seek higher education. In the United States, where the unemployment rate for persons aged 16 to 24 was 14.3 percent in July of 2014, additional jobs would be a welcome result. Manufacturing apprentice programs give workers the opportunity to earn higher salaries than in other skilled positions — an average position in the United States pays more than $77,000 per year.

Although the concept of manufacturing apprentice programs is new to the United States, it has been proven effective in a number of other countries. By introducing apprenticeship to U.S. manufacturing firms, the industry can fill the skills gap and ensure strong future growth.

Photo courtesy of bugphai at FreeDigitalPhotos.net