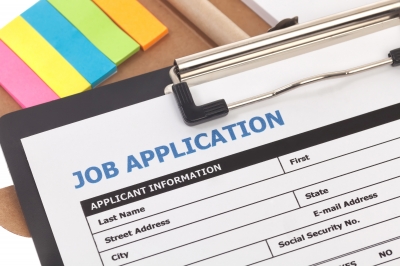 Are cover letters really read? The short answer to that question is that it depends. If the missive in question is bland, garrulous, incoherent, cliche-filled or replete with information inconsistent with the desired post, it is likely to receive little more than a cursory glance. That begs the question: what kind of cover letters attract the attention of hiring managers?

A compelling introduction is similar to a great pick-up line and is likely to achieve similar results. An interesting lead-in is relevant but conversational. A good opening line is not just about being memorable. It also entices a recruiter to read the remainder of a cover letter. This is particularly important in the light of a 2012 study by Harris Interactive where over half of the hiring managers interviewed reported spending a minute or less reviewing applications. If recruiters find a cover letter's introductory lines uninteresting, they are less likely to read the rest of it.

Recruiters demand cover letters that immediately and explicitly detail the value you intend to bring to the target organization. A letter heavy with salary and benefit demands and light on capabilities and skills is deemed selfish and will earn the disdain of recruiters. The missive should go into nuanced details about the company, and where possible, should be addressed to a specific individual. This will show recruiters that you cared enough to research into the company and its workforce.

Recruiters also prefer cover letters that are creative. Applications crafted to look similar to fine-dining restaurant menus, Internet search results listing qualities of an ideal candidate, Rubik's cubes and marketing brochures, among others, impressed hiring managers sampled in the study by Harris Interactive. Forbes magazine even recommends telling a short, evocative story that is not part of the resume but is relevant to the position sought. For instance, share a story about your childhood admiration for an organization, or how the position's requirements tie in with a hobby, and so on. However, the letter should remain focused and relevant. For instance, the application designed to mimic a fine-dining menu was targeted at a restaurant position.

Recruiters demand cover letters that get the basics right. Documents with inappropriate email addresses, misspellings, typing errors and other mistakes will be automatically rejected. Hiring managers in the Harris Interactive study also reported rejecting documents with more than two pages and those with large blocks of text separated with minimal white space. Proofreading and spellcheck are an absolute must. A cover letter riddled with mistakes evokes carelessness and will automatically disqualify a candidate no matter the breadth of their capabilities.

Due to the large volume of applications and little time in which to really read them, recruiters favor cover letters that are flawless and clearly show how you intend to add value to the organization. Focused, creative missives with catchy opening lines are more likely to catch the eyes of hiring managers.