Are Mergers of Health Insurers Good for the Consumer? 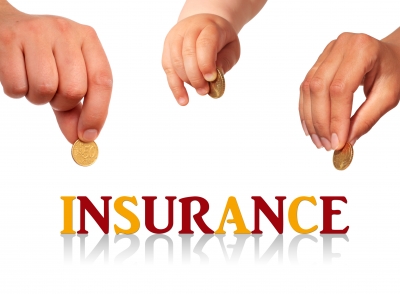 When it comes to health insurance, bigger may be better. Many large health insurance companies are merging together in order to drive down competition and gain market power. While this may seem extremely detrimental to the consumer at first glance, some experts believe there may be potential benefits.

America's five largest health insurance companies — Aetna, Humana, Cigna, Anthem and UnitedHealth Group — could become a group of three in a matter of months. Aetna and Humana may become one with a proposed $37 billion merger, as Anthem and Cigna consider coming together as well. UnitedHealth Group is considering a possible buyout of a smaller competitor. These big changes aren't limited to the big guys; St. Louis-based Centene Corporation could buy HealthNet Inc., based in California. However, all of these possible deals must get the green light from federal regulators before becoming finalized.

Traditionally in business, more competition leads to lower prices, so having fewer health insurance competitors to choose from would seem like a bad thing for consumers. However, the Affordable Care Act changes things. It requires health insurance companies to designate 80 to 85 percent of their revenue to providing medical services, with the rest going to profits and administrative expenses. This induces a hard limit on insurance company profits, thus preventing any one company from becoming too powerful and influencing prices.

The cost of health insurance varies widely in America and depends on a variety of factors. "It definitely depends on what the market looks like in a particular state," says Clare Krusing, spokeswoman for America's Health Insurance Plans. Health insurance companies and health care providers often negotiate prices without consumer input. Providers push back in states where prices are higher due to tight competition, such as California.

There are many potential drawbacks to fewer insurance companies, and for some, they outweigh the potential benefits to consumers. "I've never seen any good evidence that says health care pricing will come down," says Dr. Jeffrey Rice, chief executive of Healthcare Bluebook. Even if health insurance companies do enjoy cost savings due to greater market power, those savings won't necessarily trickle down to consumers. Moreover, most health care consumers are not just interested in saving a buck. High-quality health care is a major concern for most people. Caps on profits could lead to budget cuts elsewhere, such as research and finding cures.

Whether the merging of health insurance companies is good for the consumer depends on the opinion and research done by whomever you ask. While the Affordable Care Act creates a profit cap that is potentially beneficial to consumers, it may come at the expense of health care quality and innovation.

Photo courtesy of fantasista at FreeDigitalPhotos.net