Are Tech Sector Jobs About to Collapse? 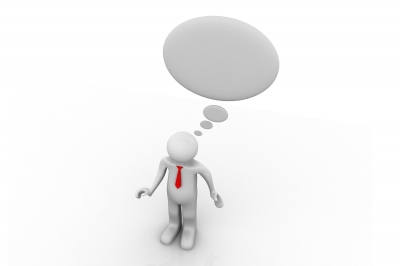 It’s happened before. And experts see it just around the corner—the big tech bubble is about to burst—leaving even more job seekers frustrated and those currently employed to start looking for jobs. Here are the tell-tale signs that say it may be time to start updating your resume.

PriceWaterhouseCoopers notes that the number of software deals shot up 300 percent in Q3 of 2103 and that prices have gone through the roof. Money has been too cheap and corporations flush with cash are only too eager to invest it. And they did big time—in software, the Internet, semiconductors, hardware and IT services—to the tune of nearly $28 billion. Salaries are also heading north in a big way. They’re nearing six figures for some grads, with sign-on bonuses for experienced engineers topping out at $60K. Senior engineering VPs are earning in the tens of millions at some firms—like Facebook and Twitter. Can this last? Many doubt it. Wanted Analytics shows us the tip of the iceberg in declining tech hiring. There were 1.4 million unique IT related jobs available online during the Q3 2013—a 3.4% decline from last year. Virtually all of the 15 most in-demand tech occupations showed a decline.

Companies that are doing poorly and laying off employees are getting tons of venture capital. Pinterest recently raised $225 million in new investment funding, which shot up the company’s value to $3.8 billion. Can they sell it for that price? Not hardly, for the price is 10 times what investors pumped into the flashy upstart. Some companies like Snapshot (a web service that lets users send out messages that "self-destruct") recently raised over $3 billion, yet have thus far produced no revenues. Twitter is another example. The company actually lost $64 million last quarter, yet Wallstreet claims it’s worth more than $13 billion. Yelp stock is up 241 percent this year without ever having earned a quarterly profit. Fab.com raised $165 million from investors, yet it recently laid off 440 employees. What’s wrong with this picture? Dot.com Déjà vu.

The New Breed of Investor

The rock solid giant companies are growing at an anemic pace and interest rates are stuck at near zero. This is making companies with high-growth potential seem far more attractive and worth the risk. Stir in a new federal law that allows startups to raise money from smaller investors, and suddenly you have an enormous new pool of potential funding. Tesla Motors’ stock price, which shot up fivefold this year, has only reported one profitable quarter since going public in 2010. The electric carmaker is valued at $20.6 billion, seven times what it expects to bring in 2014 sales, according to S&P Capital IQ. Small angel (think “crowd”) investors with an eco-pedigree will be clamoring to sign on.

If you’re looking for a high tech job, especially in an angel- or crowd-funded startup, consider the company’s financial well being before sending out a resume.