Are There Obvious Areas for Healthcare Cost Cuts? 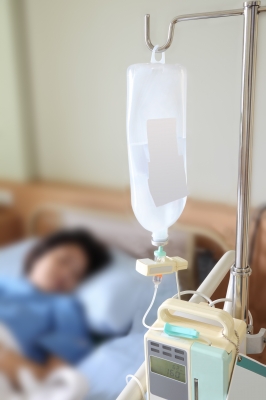 One of the best ways to reduce healthcare costs is by increasing funds spent on wellness and prevention. Spending money on programs that help people quit smoking cost money now but save significant amounts of money later by eliminating healthcare spending on expensive diseases like lung cancer and emphysema. Likewise, teaching people to become better drivers saves money on the cost of injuries and trauma after auto accidents.

Even something as simple as the yearly physical or annual checkup, a service that is now free to all insured Americans thanks to the Affordable Care Act, pays off in reduced healthcare costs down the line. Similarly, small adjustments in exercise and nutrition help stave off dangerous and costly diseases like diabetes.

However, even the most sophisticated preventive care program in the world does not stop people from getting sick and injured. Even with insurance, becoming ill or injured is often prohibitively expensive. Medical care is still the top reason why Americans file for bankruptcy, and even standard healthcare expenses, such as giving birth, often come with price tags in the tens of thousands of dollars.

Are there obvious areas in which to cut costs? One provision of the Affordable Care Act suggests that regulating insurance providers might help cut healthcare costs. The ACA states that insurance companies that spend less than 80 percent of the premiums received from customers are charging too much and must rebate funds back to the customers. This "80/20 rule," also called the "Medical Loss Ratio rule," is aimed to reduce the amount of money individual consumers pay for health insurance.

Another way to cut healthcare costs is to drastically change the way hospitals charge consumers for basic medical supplies. Hospitals regularly mark up the cost of basic supplies, such as aspirin, passing the cost along to the consumer. However, part of the reason hospitals charge so much is because they are extremely expensive facilities to run. Hospitals require large numbers of trained staff and costly, high-tech equipment. The cost of running a hospital is so high that 11 hospitals filed for bankruptcy in 2013.

Ultimately, reducing healthcare costs comes down to evaluating the system as a whole rather than trying to identify specific areas for cost cuts. The Affordable Care Act and an emphasis on preventative care are likely to be a good start, but additional healthcare reforms may be needed.