Are You Prepared to Handle Sexual Harassment Charges? 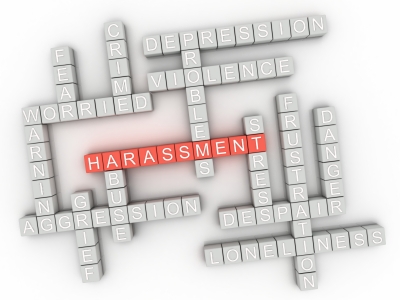 In 2017, claims of sexual harassment engulfed powerful men in Hollywood, large companies and Congress. Historically, employers are slow to act on these types of allegations because of their serious nature, but also because there could be consequences if someone's grievances are unfounded. Human resources must find a balance between alleviating complains and find the truth of a situation.

Dana Wilkie, writing for the Society for Human Resources Management, points out that Matt Lauer of NBC News and Rep. John Conyers Jr., (D-Michigan), were both called out very quickly after their sexual harassment allegations came to light. NBC fired Lauer one day after his accuser threatened to go public, while colleagues of Conyers called for him to resign a day after someone accused the long-serving Democrat of harassment.

Conyers admitted he settled a sexual harassment claim in 2015, but he denied some of the details brought forth by his accuser. As a public figure voted in by the people, he cannot be fired or terminated. Conyers must resign if he is under enough pressure. Congress can expel members, but that requires a two-thirds vote of one chamber or the other.

In Lauer's case, Variety worked on a story regarding his sexual harassment case for two months. One expert noted that his termination seemed quick, but it really was not since NBC might have known about his behavior and chose not to do anything about it.

With both Conyers and Lauer, Democrats and NBC sought to limit the damage by making swift statements. Are organizations prepared to handle these types of allegations? Moving hastily has consequences, according to the law.

A delay can bring more pain and suffering to everyone involved in a harassment case. However, companies must get their facts straight because there are legal consequences for wrongful termination. Someone who files a lawsuit over the firing can create a public relations nightmare as well as someone bravely coming forward to confront sexual aggressors at the office.

HR must look into details very carefully. Some accusers may not come forward right away for fear of retaliation. Others may feel as if the corporate culture doesn't support them enough to warrant an investigation. Firms must make connections from one step of the process to the other, interview anyone involved in the situation and get the facts.

Contracts provide one basic legal framework for someone's termination. Normally, someone cannot be fired without just cause. A person may request a reason for termination in writing, and then the company must back up that claim.

HR must also deal with sexual harassment cases in an even-handed manner. It cannot favor one class of people over another, or treat one employee differently from another, during an investigation. The consequences of a verified harassment claim should remain the same from one employee to the next, no matter if the person is an entry-level worker or a high-level executive.

An employer does not need evidence beyond a reasonable doubt as in a legal courtroom. If a firm has credible evidence of harassment after its investigation, termination may be an appropriate action to take if it's prepared to handle sexual harassment allegations.