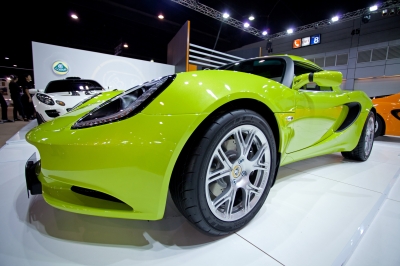 Audi became the first automaker to win approval in California to test driverless cars on public roads in September 2014, following the same approval from Nevada in October 2013. The luxury automaker has been working on prototype vehicles that drive themselves since 2010. Who wins in the Audi versus Google competition? Auto dealers and consumers will eventually see cheap, fuel efficient, driverless vehicles on roads in the coming decades.

Audi, unlike Google, has a more vested interest in driverless cars. Luxury automakers continually try to outdo one another by offering something the competition cannot. Mercedes-Benz, Volvo, Cadillac and BMW are all working on some features that automate driving by helping human drivers. Mercedes-Benz introduced its "Intelligent Drive" system that automates certain driving conditions up to 37 mph.

Audi took notice and decided to take driverless cars even further. The luxury brand took one of its own vehicles and retrofitted the car with inside sensors. Google's concept has a bulky suite of sensor equipment on the roof and outside the structural elements of the vehicle. Audi is making serious attempts to implement automated features in cars that already exist. To make its point, Audi took its RS7 concept car for a 140-mph spin on a German test track in October 2014. The demonstration was so popular that the company's live streaming of the event overloaded because of too many viewers.

Driverless technology has become smaller. Computers that handle Audi's data used to take up the entire trunk, but now the computer banks simply fill the glove box. At the 2014 International Consumer Electronics Show (CES) in Las Vegas, Audi touted its computer's ability to read traffic signs and stop for pedestrians. Driverless cars from BMW also appeared at the 2014 CES, marking fervent competition among luxury brands for this niche market.

How does this technology benefit consumers? In the mid-1980s, car phones and mobile phones belonged to rich people who could afford them. Driverless cars are the same. Luxury automakers can test and produce these vehicles faster than Google because designing, testing and creating cars are exactly what automobile manufacturers do on a regular basis. Google's tests are ways to research how to make driving safer. Audi, BMW and Mercedes-Benz want to make money and earn more profits.

Google pioneered driverless technology, but automakers are perfecting it. Audi versus Google is not really a fight where one company loses. Everyone wins when driverless technology goes mainstream in the same way personal computers and cell phones took over the world. Consumers in developed countries cannot imagine a world without these devices, and automated cars are headed in the same direction.

Eventually, driverless technology will get cheaper. Just like everyone in 2014 owns a cell phone, a majority of car owners in 2044 may have driverless cars in their garages. It starts with automakers who want to be the first to have this technology in the hands of high-end consumers. When the popularity of these vehicles soars, every car on the road will eventually have automated capabilities to make a driver's life safer and more convenient.

Photo courtesy of foto76 at FreeDigitalPhotos.net