Bing is Losing Money Fast - What Can Microsoft Do To Save it? 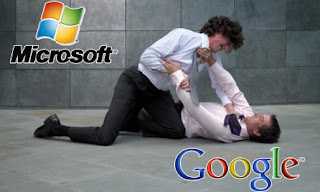 How can Microsoft turn their search engine around?

I've always been open about the fact that I love Google. It's quick and easy to use and has been the reigning leader in search for a very long time. When Microsoft released their own search engine, Bing, it seemed ambitious and I, like many in the tech industry, thought that Microsoft might be able to take a little bit of the market share away from Google.

Unfortunately, it hasn't actually worked that way. People still Google things, they don't Bing them, and Microsoft is feeling the hurt. The company has lost $5.5 billion on Bing since it was released in 2009. Not only that, but Microsoft's online services division was already not making any money before that, and now has lost the company a whopping $9 billion.

Earlier this year, Microsoft was touting Bing's growing market share, showing that it had risen from 8.4 percent to 14.7 percent. It looked promising. The problem is, when you look at the numbers more carefully, it's clear that they aren't taken any market share from Google. In fact, since Bing's release, Google has only lost .02 percent market share.

So, where are these new users coming from? It seems that almost 6.3 percent of Bing's new market share has come from Yahoo!. Seeing how Bing powers Yahoo searches, it isn't actually new market share. They are just stealing customers from their search partner.

In an attempt to save Bing, Microsoft has started integrating Bing with their other products. They have introduced new partnerships with Nokia and Facebook, and have even added Bing search capabilities to their popular XBox 360 console. These steps should help, but I don't think that they are going to make the difference that Bing needs to stay relevant.

See, the problem with Bing, and search engines in general, is that they require people to use them often in order for them to learn more and make their results more relevant. Since the beginning, Microsoft wanted to make a search engine that would allow people to ask questions using normal language and then be given different options for what direction they wanted to take their search. Their vision was sort of an "Ask Jeeves" that talked back.

It's actually a pretty neat idea, and has the potential for being great at what it does. Especially for new computer users who are still loyal to Internet Explorer, Bing offers great browser integration and makes it easy for people to use it. So, why do people still go out of their way to use Google?

It's not because Bing is a bad search engine. It's not. I have used it a couple of times, but found that it just didn't feel as comfortable for me. The problem is that Google is familiar. Almost anyone with a computer, a tablet, a smartphone or an internet connection knows how to use it to find what they are looking for. Not only that, even if they search for information on Google and don't get the results they were looking for, they will change their search rather than change their search engine.

In order for Bing to begin to make a profit, they will have to grab at least a 25 percent market share, and it doesn't look like that is going to happen any time soon. Still, it's not time to give up on Bing. Maybe Google will make a huge mistake and lose a large portion of it's users. However, I think that if or when the day comes that people want to get away from the giant that is Google, they won't be flocking to Microsoft.

What do you think about Bing? Do you think it can become a success? Let me know in the comments.

By Melissa Kennedy- Melissa is a 9 year blog veteran and a freelance writer for TechCareersBlog and Nexxt. Along with helping others find the job of their dreams, she enjoys computer geekery, raising a teenager, supporting her local library, writing about herself in the third person and working on her next novel.