CDC to Crack Down on Laboratory Security 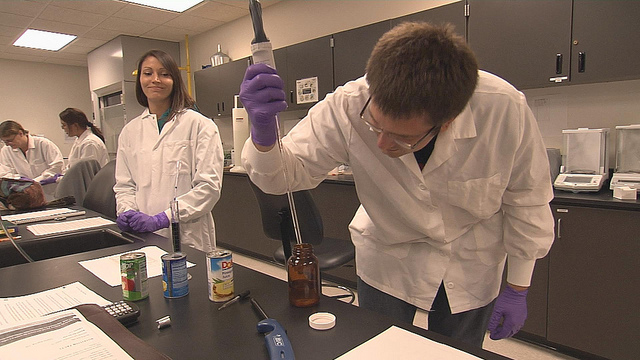 The Centers for Disease Control and Prevention (CDC) is cracking down on laboratory security due to several major mishaps in recent years. The CDC has also updated all protocols in an effort to ensure proper procedures and high security in labs.

The CDC has recently installed 67 cameras in high-priority biosafety laboratories, which allows outside supervisors to monitor whether or not technicians are properly following protocol. This endeavor cost the CDC a total of $84,000. Worth every penny, these installations are necessary considering the lab technicians being monitored are handling very dangerous pathogens.

Unfortunately, the need to install these cameras is due to multiple security breaches. One of the most severe breaches took place at a biocontainment lab in Atlanta, where a lab tech was exposed to Ebola. Other cases include incidents that exposed workers to anthrax and the bird flu. During an investigation of these exposures, it was discovered that lab workers who sent live anthrax bacteria to other labs should not have been using anthrax at all in their experiments.

Due to these major mistakes, the CDC has also formed an agency-wide group to provide safety training for lab technicians. Leslie Dauphin, Interim Director of Laboratory Safety, states, "You cannot deviate. That is what the camera system helps with." On top of cameras, each lab has a checklist for how to perform procedures correctly. Senior scientists and directors in these labs are responsible for ensuring that everything is done right every step of the way. The videos of procedures can be transmitted via a WiFi network and viewed in real time.

The CDC is exploring the possibility of adopting the same protocols as the Geneva-based International Organization for Standardization (ISO), or another similar type of organization. The CDC is also considering some other changes including using color-coded vials to better identify live and inactive samples of deadly pathogens.

Together, these breaches have raised red flags when it comes to laboratory safety. As a result, labs have been shut down and workers who knowingly violated safety protocols, or did not report the violations, have been punished or fired as a consequence. These security incidents have acquired the attention of government health officials and the public. Luckily, no one has died as a result of the mistakes made by lab techs and the CDC ensures safety at its best going forward.

Though major security breaches have occurred and the safety of lab workers as well as the public has been compromised, the CDC has cracked down on security in labs. Thanks to the addition of real-time cameras, new checklists and the adoption of new standards from other organizations, the CDC is working to ensure that incidents like these will never happen again.

Photo Courtesy of wistechcolleges at Flickr.com