Could You Recognize a Bad Workplace Even Before Accepting the Postion? 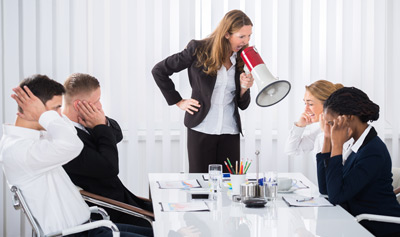 If you ever worked for a horrible boss or employer, you likely regretted not finding out about the bad workplace before accepting the job. Avoid this mistake in the future by paying attention to several signs before accepting a position. You may dodge quite a few obstacles in your professional life by becoming aware of the following seven red flags.

A great company has a streamlined hiring process and knows precisely how to find the perfect fit. A bad workplace may have several things that impede your progress towards landing an interview or job. For example, if you call HR before the interview and no one knows the name of the hiring manager, that's a bad sign. Also, company representatives might have different ideas about what you're supposed to do in the position, which communicates lack of cohesiveness. Frequent rescheduling of the interview is also a red flag.

If the hiring manager continuously talks about why he's such a good person to work for, think twice before accepting the job. A good manager talks about his weaknesses and how the team helps him to overcome them by being strong in those areas. A manager in a bad workplace who keeps saying he's a good manager is usually trying to make up for something he lacks.

Having a close-knit workforce or family atmosphere within an organization can be good, as long as the workplace remains professional. If the family atmosphere at a company involves the acceptance of inappropriate behaviors, such as frequent arguments or casual attitudes towards work, move on.

Leaders of a bad workplace might not be too interested in hiring the best person for a position. Instead, they might want someone they get along well with or a person to occupy an office. If that's the case, the job interview might be very short and may have little to do with the actual job.

If all past employees lasted less than a year or two in the position you're interviewing for, there's probably a good reason why. You can attribute one short tenure to bad luck or a poor fit, but a pattern of several people leaving within a short span of time is a bad sign.

One major sign of a bad workplace is obvious negativity. If the staff members have negative attitudes towards one another or seem unhappy, you'll instantly notice. More than likely, you won't want to work in such an environment.

Instead of accepting an offer right away, ask the employer to give you 24 hours to make your decision. During this time, think about the red flags listed above, and determine if any of them apply. The following day, if you feel good about the employer and determine that the company is not a bad workplace, consider accepting the position.