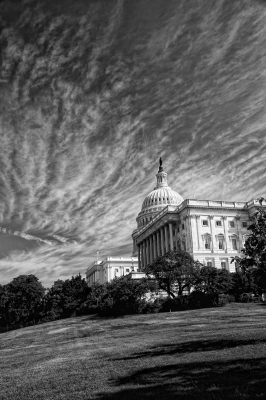 As taxpayers, the US citizen is technically a customer of their government. However, if you have had to do much business with government agencies, you probably realize that the customer service received is often lousy and would rate low in comparison to other companies. That all seems to be in the process of changing it would seem.

On September 11th, the House of Representatives approved the Government Customer Service Improvement Act. The bill (HR 538) was sponsored in 2011 by Henry Cuellar (D-Texas), who is quoted in an article by Richard Simon of the Los Angeles Times as saying, “When taxpayers interact with a government agency, they deserve the same timely, reliable assistance they would expect from a private sector business.’’ In one speech, Cuellar gives two examples of the poor service offered in saying, “Too often we hear that veterans are waiting for months to get critical medical services, or that seniors are waiting for months to get their benefits…their retirement benefits.” He continues and states that this is “why we must usher in a new chapter to accelerate response time and overall performance for a better customer experience.”

Sen. Warner echoes the same sentiment when stating, “As any business school graduate can tell you, ‘what gets measured gets done.’ I believe citizens should expect federal agencies to deliver customer service at least as well as the private sector does and, unfortunately, too often that is not the case.” Unlike a normal business, it is not like the government really has to win your support or loyalty, they have it whether you like it or not. So the issue of providing great service has never really been considered an issue. Sen. Johnson explains it this way, “Companies that have to succeed in the free market have an incentive to constantly improve customer service. Bad customer service means reduced profits and the risk of failure. Government agencies simply don’t have to respond to competition the way private companies do.”

The bill would require the U.S. Office of Management and Budget to create customer service performance standards for all federal agencies, and to include the compliance of those standards into Federal employee performance appraisals.

Customer Service speaker Shep Hyken says that “About four months ago I posted a comment to an article about TSA and Government services: ‘The government is the largest employer in the US. Shouldn’t they be held to a standard of customer service that other companies and organizations deliver? This won’t be easy, given their track record and habits. Want a role model? Take a look at the Singapore government. They get it. Their customers (citizens) rate them very high.’” He later states, “In my usual optimistic way, I’m hoping they are serious about raising the bar on how the citizens are treated.”

When dealing with federal agencies, what used to take months may soon be shortened to a more reasonable timeframe. Maybe now, people will be looked at as more than just a number, which is the feeling so many seem to get when dealing with government offices.