When you didn't get the job, the promotion or blew an interview, don't beat yourself up. Here are some ways to cope with the disappointment and keep your spirits up. 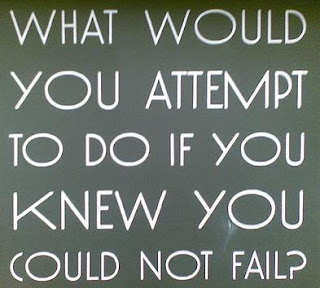 During many points in anyone's life, there are going to be times when you feel like a failure. When you have been laid off, had your hours cut back, were passed over for a promotion, blew a job interview or have been turned down for job after job, it's really difficult to keep your head in the game and not grow discouraged.
Professional failure isn't anything new. In fact, Thomas Edison, when trying to make the incandescent bulb, failed many, many times. So much in fact, that after the 700th attempt, the New York Times reporter asked him how it felt to have failed so many times. His answer was that he hadn't failed 700 times, in fact, he hadn't even failed once. Instead, he said, he had succeeded in finding 700 ways not to make a light bulb.
Failure doesn't have to be a reason for self doubt. In fact, the only way to succeed is by having a healthy level of self-esteem. If you don't think that you are worth the job or the promotion or whatever it may be, there is no way anyone else will.

If you have been trying to cope with feelings of failure, here are 6 tips to help you get back in the game:

How do you deal with disappointment and setbacks in your career? I would love to hear your thoughts in the comments.
By Melissa Kennedy- Melissa is a 9 year blog veteran and a freelance writer for SalesHeadsBlog, along with helping others find the job of their dreams, she enjoys computer geekery, raising a teenager, supporting her local library, writing about herself in the third person and working on her next novel.