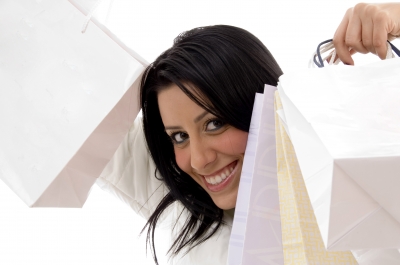 The beginning of 2014 has marked a tough year for retail, with the winter's harsh weather affecting post-holiday sales in January along with a host of other factors. However, experts still maintain that retail growth is imminent despite the negative headlines. In fact, the increase in real GDP forecast for the year is currently at 1.6 percent, up 0.2 percent from previous predictions according to Business Insider.

January retail numbers for 2014 do not give much hope, with the U.S. Census Bureau reporting a decrease of 0.4 percent. Experts agree that this drop in sales is at least partially attributable to the record-breaking low temperatures and winter storms that hit the country. Rising by a meager 0.2 percent in February, retail growth has not seemed promising for the industry throughout the season. However, economists had remained hopeful that the coming months would bring a steady rise in sales, and it is now clear that the near future of retail promises slow and steady growth.

Economists gave a prediction of strong sales for the spring of 2014, and that prediction has come true as March boasts a leap in sales of 1.6 percent followed by even more retail growth in April. May has experienced 0.5 percent of retail growth, 0.2 percent higher than expected. This may have occurred because consumers are making more big purchases that they had been holding off during the colder months. Retail growth is a common occurrence during springtime, correlating sales with the warmer months, but economists have more reasons to believe that the industry is in good shape.

Although June retail growth has risen just 0.2 percent rather than the 0.6 percent that economists had expected, the U.S. Bureau of Economic Analysis' control group used for calculating GDP actually climbed 0.6 percent, 0.1 percent higher than anticipated. This control group excludes gas stations, office supply stores, auto dealers and several other areas. Categories driving this retail growth include clothing, general merchandise and sporting goods. According to Capital Economics, retail growth in June has actually been fairly healthy after factoring out certain categories, such as motor vehicle and gasoline sales, climbing to 0.5 percent in June. Both Barclays and Capital Economics have adjusted the retail growth real GDP forecast to 3 percent for the second quarter. Overall consumption may not have been anything special, but economists are noticing steady growth.

A chart of the U.S. retail sales control group by Bloomberg's Michael McDonough clearly shows that retail sales have been slowly climbing since 2010. Although the moving average has not shown an astounding leap in retail growth, the chart reveals that the industry is headed in the right direction. Although month-by-month headlines may make some hefty claims, it is important to remember that long-term averages are much more important when calculating an industry's overall growth.