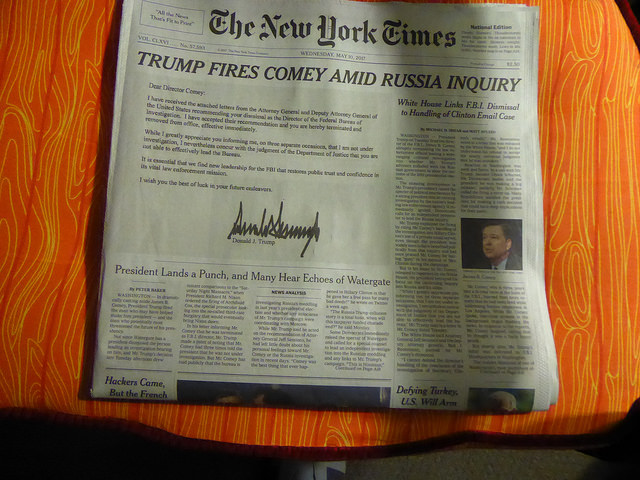 The Russian investigation as to whether a foreign entity attempted to influence an American presidential election took an interesting turn in September 2017. Several media reports revealed that special counsel and former FBI director Robert Mueller issued search warrants to examine Facebook ads and data from the social media giant. Mueller's team is trying to determine a link between Russian interference and President Donald Trump's election campaign.

Facebook said it is fully cooperating with the Russian investigation. The company also revealed it sold more than $150,000 in Facebook ads to pro-Russian entities between 2015 and 2017. Even further, more than 500 accounts labeled as "inauthentic" by the social media giant purchased more than 5,000 ads. The political advertisements could form a link to a troll farm in St. Petersburg, which is an outlet supported by the Russian leadership in Moscow. Facebook gave more information to Mueller's team than it did to Congress.

The tech community responded to the information about the Facebook ads, and experts feel as if the social media company didn't do enough when pressed for information. Facebook should publicly disclose precisely what the ads entailed. People who saw the ads on their accounts should receive an alert saying they were duped by a foreign power, according to Pierre Omidyar of the Omidyar Group. Omidyar further believes that the clandestine ads are a direct attack on democracy and everyone needs to know who bought the ads.

The fake accounts and clandestine ad buys are just two of the problems that social media companies face in regards to the 2016 presidential election. If Mueller's team finds problems with Facebook's data, the prosecutors for the Department of Justice could probe even further. It doesn't help that Facebook originally denied any allegations that Russian agents tried to buy Facebook ads to influence the election.

Fake news also played a role in the election. When Facebook would post a fake news story on someone's feed, that story would become more popular after receiving enough likes, shares and interactions on the social media platform. Regardless of the validity of the story, a fake news headline might be read by millions of Facebook users.

If Mueller's team discovers that Russians used advertisements to pose fake election news that influenced people's decision-making process, the results could include tighter laws regulating what constitutes an actual advertisement or a real news headline. Facebook's huge advertising revenue could take a hit from the Russian election investigation.

Leadership in the House and Senate wants to hear testimony from Facebook's leaders. Congress wants to know specifically how a foreign government bought Facebook ads to possibly influence the election. Democrats also want to investigate Twitter's role in Russian interference. There may be issues with whether Jared Kushner's data mining operation shared information with the Russians buying the targeted ads. Kushner is married to Trump's daughter, Ivanka, and is a key Trump adviser.

How this investigation affects social media and tech companies remains to be seen because this side of the investigation has just begun. If anything untoward comes from the data found in the Facebook ads, Congress may attempt to pass laws that could limit or ban certain political ads on social media.