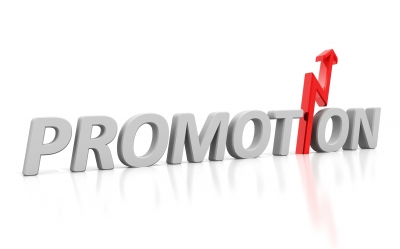 There are various types of workers out there, but I tend to sum them up into two broad sweeping categories – those who do their job and those who go above and beyond their job requirements. One of these types of worker will normally get the opportunity to advance in their career much quicker than the other (under normal situations). When it comes to the CSR field and dealing with customers, the difference has a big effect on the company success, since customers are the life blood of the company. Doing a good job is never as good as doing an amazing job when it comes to customer service.

Steve DiGioia recently wrote an article discussing tips to help fast-track your CSR related career, and I would like to examine and expound on some of those ideas. His first set of tips falls under the general category of staying away from office politics. This tends to be a tough one for most people, because as humans we tend to want to be accepted and get along well with others. This can often lead us to take side or get too comfortable with co-workers, to the point where it can cause divisive issues to spring up. People can become associated with certain groups of people at work, and then if something goes wrong and one of the group is to blame, others can be considered guilty by association.

There is a fine line between being social and keeping professional, and blurring that line can become the root of many problems. Trying to stay unsocial can be just as bad for relations too, so finding a balance is necessary. Here are some of the key points that DiGioia lists under this office politics header.

Do not be part of office gossip. When you become part of the system and listen to or spread the gossip, it can have negative effects on your career. Keep your nose clean and stay away from getting tied up in this type of circle. If someone is spreading gossip, avoid it, and instead go to the source to find out the truth before the gossip spreads and causes damage. Don’t listen to it, don’t give it credence, and do not be a part of spreading it.

Never use foul language. This can be an issue for some people, and the discussion on this has been going on for years. Foul language is so prevalent these days and we are surrounded by it everywhere in most all media sources, so it becomes almost common communication for many, and that crosses over into the workplace at times. But just because it seems common does not make it professionally acceptable. In reality, it is a debase language type, and not a professional or meaningful way of communication. Most often the foul terms are used strictly to add or express emphasis. Most of the time if you remove the foul words from the sentence, the sentence will still retain its intended message, which goes to show just how meaningless the vulgar words are. Unfortunately, some people are so in the habit of speaking this way, that it sounds like every other word they say has to be “f’n” this and “f’n” that, and rarely can a full sentence be spoken that is not sprinkled with such terms. I have met many people like this, and I honestly believe it has become such a habitual way of speaking that they do not think about it and lack the control to change easily. In my personal opinion, it is the language of the immature/childish speaker who either does not know how to intelligently get a point across without including such words, or thinks it helps them fit into the crowd. Whatever the reason, it does not belong in the workspace, and when it is used it lowers the professionalism that should be displayed.

Leaders don’t need to tell anyone that they are a leader, their actions speak for themselves. As the saying goes, actions speak louder than words. A good leader leads by example. They know what needs done and are quick to get to doing it. They are the first to take on new responsibilities and they seek to rally the troops to action too. They do not stand up and tell other to “go take action,” they lead and say “come take action with me.”

Set yourself up for success. Know your job, know the tools needed to successfully perform the job, and then look for ways you can exceed the expectations in your job. Don’t settle for doing what is required, or just enough to get by, but look for ways to grow and excel, which will usually lead to success and advancement in the end.

These are just a few tips worth considering as a first step to future success in your career path. Hopefully you are seeking a CSR career not just so you have a job to go to every day, but are truly seeking a means of standing out from the crowd and advancing upward in your career.