Great Bosses Do These Things Daily 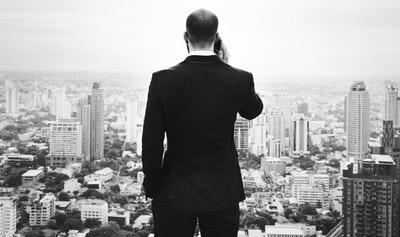 Managers have a huge impact on their employees' motivation and work satisfaction. While bad bosses can send employees away in droves, great bosses create a healthy work environment that benefits everyone involved. The best managers make good decisions and take positive action on a daily basis. Here are a just few things great bosses do every day.

Great bosses know that employees who put their hearts and souls into their work deserve recognition. Great managers understand that building positive relationships means learning to say "thank you" for the little things.

Hire with the Team in Mind

If a new employee doesn't integrate well into the office culture or get along with co-workers, seasoned employees often end up paying the price. That's why great bosses think about their team when making hiring decisions, looking beyond skills and accomplishments.

Some bosses might believe their time is more important than that of their workers, but good bosses respect their employees' time and act accordingly. They show up on time for meetings, don't beat around the bush when communicating and avoid asking workers to stay late unless it's absolutely necessary. They understand that employees have other commitments outside of work and respect their need for social and family time.

Great bosses speak clearly and directly to leave no room for miscommunication, and they don't withhold information from their team members. This creates a culture of transparency while letting workers know they can always trust and rely on their management.

Instead of waiting for employees to try to impress them, good bosses look for things to celebrate, even if that means celebrating the smallest wins. They commemorate team milestones and call out individuals, both in private and in front of co-workers, for their hard work and accomplishments.

The best bosses don't think of workers as tools for getting work done or a mere reflection of their own leadership. They take time to see issues from their employees' point of view and put themselves in their shoes. As a result, these bosses treat team members as people with unique needs.

Placing the blame on employees is easy, but great bosses understand that being accountable for failure as well as success is all part of the job. Rather than pointing fingers, these bosses are willing to publicly admit when they mess up.

The best bosses don't just focus on being great leaders. They focus on creating them. By coaching employees and building up their strengths, they prepare them for future leadership roles. It's not uncommon for great bosses to consistently promote from within.

Great bosses go above and beyond the call of duty to create a standout office culture and bring out the best in their employees. Have you had a manager that fits the description of a great boss? Share your experience in the comments.