Heart Attacks and Strokes from Type 2 Diabetes are Down 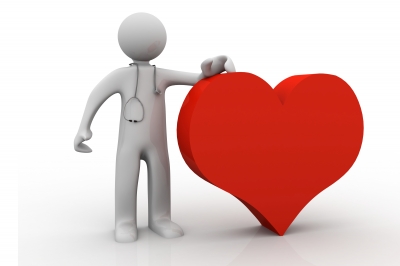 A recent study from the U.S. Centers for Disease Control and Prevention shows that the rates of stroke and heart attack linked to type-2 diabetes have greatly declined in the last 20 years. Advances in medical procedures, pharmaceuticals and patient education are credited with saving millions of lives from the most serious complications of the disease. However, a record of improved care has not translated into a record of prevention.

The CDC study collects data from the National Hospital Discharge Survey, the U.S. Renal Data System, the U.S. National Vital Statistics System and the National Health Interview Survey to produce a sample of hundreds of thousands of diabetes patients from 1990 to 2010. Researchers look at the rates of several of the most common serious complications of type-2 diabetes. The study finds these complications in steady relative decline, including a 67.8 percent drop in the rate of heart attacks and a 52.7 percent drop in the rate of strokes. Although the prevalence of heart disease has significantly decreased for all Americans, these declines exhibited in the study far exceed those that are experienced by the general population during the same period.

Researchers and medical experts agree that the encouraging results are owed to a number of reforms in the treatment of type-2 diabetes in the United States. Pharmaceutical advancements have improved the ability of doctors to manage the blood sugar levels in their patients. Doctors have also placed a greater emphasis on controlling blood pressure and cholesterol production, which are two major risk factors in the treatment of type-2 diabetes, using ARBS, ACE inhibitors and statins.

Ultimately, effective management of diabetes requires diligence in the daily life of the patient. Successes in lowering the rates of serious complications reflect the efforts of the health care community to educate patients on the importance of regulating their diets, taking routine insulin and other medications, and receiving regular checkups.

The CDC study also demonstrates that while the disease, closely related to the escalating trend of obesity, has become more manageable in the United States, it has also become more prevalent. In the 20-year span observed by the study, the number of Americans with diabetes increased to 26 million, more than three times that total of 1990. Additionally, more than 79 million Americans have the abnormally high blood glucose levels associated with a high risk of developing the disease.

Though the outlook has improved for the average type-2 diabetes patient, the rapid growth in the prevalence of the disease continues to pose significant challenges to long-term public health. Much like management of the disease, methods of diabetes prevention include educating the public to pursue proper diets, exercise and regular medical consultation.