How Customer Service Has Evolved 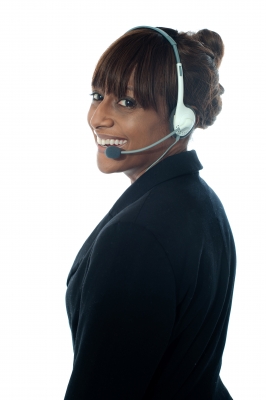 In the early 20th century, customers might have been greeted with a smile, but they generally received poor treatment if there was a problem with an item. It was difficult for customers to get refunds on products during this time, even if the item was defective. An independent store owner did not handle such issues and would often refer the customer to the product's manufacturer. The process of contacting the manufacturer involved typing and mailing a complaint letter, and getting a response from the manufacturer could take a few weeks or longer. Customers had to accept this poor level of customer service, as they had no other option.

As telephones became increasingly popular in the mid 20th century, customers began to receive better service. During the 1960s, businesses began to embrace the idea of having support representatives available by telephone, and call centers began sprouting up in various regions. Many companies eventually became overwhelmed with phone calls from customers and required more representatives than they could reasonably afford. Many businesses began outsourcing customer service calls to meet the demand, but many of these outsourced companies had reputations for providing poor customer service. Things changed in 1989 when Ron Muns founded the Help Desk Institute.

Customer Service in the 1990s

The Help Desk Institute caused the popularity of customer service call centers to explode in the 1990s. This institute made it possible for trained professionals to give store owners insight about various products and the knowledge they needed to provide guidance to customers in a wide variety of industries, including electronics, apparel and computer software. Until the explosion of the Internet, help desks were the best option companies had to improve the customer service they provided to consumers.

In the early 2000s, online forums became hubs for people to meet and discuss, and many people did not hesitate to express their satisfaction or dissatisfaction with products and services. By 2005, social media websites took over, and many people began using them to share their opinions about specific products and organizations. Today, social media is still popular, and consumers also have access to countless review websites. The explosive growth of the Internet has also given customers a greater voice that they are more than willing to use to either praise or complain about services they've received. These changes put the consumer in the driver's seat, and this trend is sure to continue in the coming years.

New technology has given consumers a powerful voice, and businesses simply can't get away with treating customers badly anymore. Providing good customer service requires companies to meet the demands of customers, and businesses that want to thrive have no choice but to adapt.