Identity Tax Fraud on the Rise 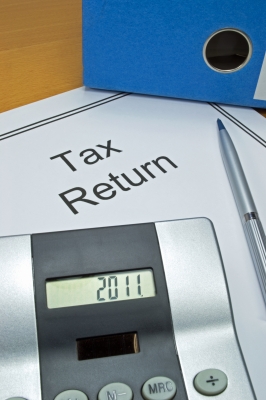 According to a new report from the Government Accountability Office, identity theft-related tax fraud is a huge problem. This form of tax fraud cost the Internal Revenue Service $5.8 billion in 2013, although the service managed to prevent an estimated $24.2 billion in fraudulent claims for tax refunds.

The report explains that criminals are stealing innocent victims' identities in order to fraudulently claim tax refunds. Despite efforts by the IRS to prevent and detect this kind of tax fraud, the Government Accountability Office estimates that more than $20 billion of tax fraud per year goes undetected.

Calculating the exact cost of tax fraud is difficult, which means that the estimates presented in the GAO report could be very different from the real figures. In an attempt to make the estimates as accurate as possible, the IRS follows best practices, including documenting the data sources used to calculate the estimates and clearly showing the calculations that were carried out.

In its efforts to prevent tax fraud, the IRS attempts to authenticate the identities of taxpayers. However, the latest report suggests that the IRS could do much more to reduce this type of tax fraud. The challenge for the IRS is working out how to use its limited resources effectively so that it can implement better taxpayer authentication measures while staying within its budget.

The IRS issued a statement saying that it agrees with the recommendations that the GAO made in its recent report. In this written statement, the IRS insisted that it "takes the threat of identity theft refund fraud very seriously." The statement also claims that detection strategies had "become more dynamic" and therefore more able to respond quickly to emerging threats. This sentiment is likely to be welcomed by the millions of Americans who expect to receive a tax refund next year. The average tax refund was $3,000 in 2014, higher than at any time in the past.

Despite efforts by the IRS to authenticate tax payers before paying out tax refunds, identity-related tax fraud remains a major problem. However, it is difficult to tell exactly how much fraud goes undetected. If the IRS follows the reporting recommendations given in a recent report, then it is hoped that the true scale of tax fraud will become clearer.

Thieves are using regular people's names and identities to swindle ...
news from Markets

We asked every 2020 Democrat how they would approach a trade war th...
news from Markets