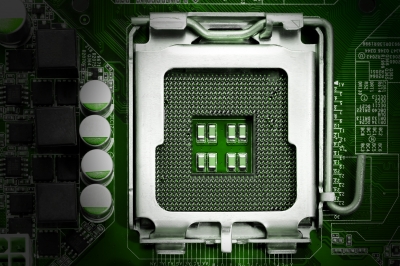 Temperature can have a significant impact on CPU performance. Although modern CPUs have been designed to avoid catastrophic failure at high temperatures, overheating can still negatively impact the performance of a CPU.

Rather than risking damage to the unit when the temperatures gets too high, modern CPUs moderate their frequency as the temperature surpasses the CPU's thermal limit. Intel CPU performance begins to be affected at around 212 degrees Fahrenheit, beyond which temperature the CPU starts to limit the frequency at which it operates to protect itself from permanent damage.

According to testing by Puget Labs, Intel CPU performance holds up very well, even above the thermal limit of 212 degrees Fahrenheit. As soon as the temperature surpasses this limit, the minimum Intel CPU load frequency starts to reduce. However, the average CPU frequency drops by no more than 0.1 GHz as long as the CPU spends less than 30 percent of the time in an overheated state. Puget Labs' testing also confirmed that CPU performance is very closely linked to the unit's average frequency.

Although CPU performance remains high even when the unit temperature exceeds 212 degrees Fahrenheit, many good reasons exist to keep the CPU temperature low. High temperatures can reduce the lifespan of a CPU and increase the risk of hardware faults.

Puget Labs also tested the stock cooler that comes with the Intel Core i7 4790 and compared it to an alternative budget-friendly CPU cooler, the Cooler Master Hyper TX3. Out of these two coolers, the Cooler Master Hyper TX3 offered the best CPU performance as it kept the CPU temperature below 176 degrees Fahrenheit in testing. In comparison, using the standard cooler causes the CPU performance to drop by about 2.5 percent.

The results of the Puget Labs testing reflect very well on Intel, a company that is rapidly growing and expanding. In the last few years, Intel has opened new factories and taken on thousands of new workers. As confirmed by this latest round of tests, Intel produces CPUs that offer reliably good performance along with a wide range of other computing products.

Tests by Puget Labs have shown that Intel CPU performance is maintained at temperatures of up to 212 degrees Fahrenheit. Even beyond this limit, the performance and frequency of the CPU only drop slightly.