Is Consumer-Driven Healthcare the Way of the Future? 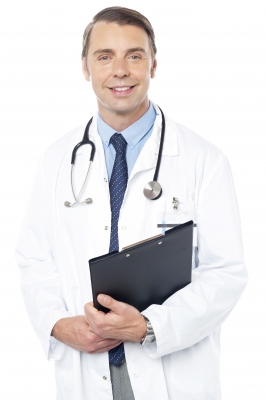 With the high cost of health insurance premiums and an increasingly savvy group of consumers, insurance companies have chosen to give individuals more control over their health care plans. Historically, insurance companies always thrived on a business-to-business model, but more consumer-driven plans have gradually popped up along the way.

According to a survey conducted in 2014 by the National Business Group on Health, approximately 80 percent of respondents stated consumer-centric health care plans as a viable option for controlling rising health care costs. The group's vice president, Karen Marlo, cites these plans as a way to engage workers to become health care consumers. The study surveyed more than 130 companies ranging in size from 10,000 to 100,000 employees.

Consumers are beginning to prefer these innovative health care plans as well. According to 2014 research from the Employee Benefit Research Institute, the overall satisfaction rate for consumer-driven plans is on the rise, with 67 percent of individuals using these plans reporting that they are very satisfied. An increasing number has also reported that they would be willing to recommend their health care plans to friends and family.

Consumer-driven health care refers to health insurance plans that allow the consumer to use pre-funded payment products, such as health reimbursement and health savings accounts to pay for their own small health care expenses, while a high-deductible plan provides protection against more catastrophic health care costs.

In traditional health care plans, a hospital's primary customer is an insurance company, while the insurance company provides for employers or government programs, such as Medicare and Medicaid. However, consumer-centric health plans eliminate costly middleman relationships and place the spending power back in the hands of the individual. According to Information Week, this is due in part to the legislation surrounding the Affordable Care Act. Through the act's insurance exchanges, companies are offering their plans directly to the consumer. Increasing numbers of employers are using this method for their employees, letting them choose their own health care and retirement plans. Because more financial responsibility weighs on the individual, insurance providers are forced to offer fairer deals and more competitive rates.

This radical restructuring of the health care customer service model may be the way of the future, but companies still need to market their efforts to get consumers to truly begin engaging in their health care using online tools and resources. Hospitals and insurance providers must begin viewing individuals as customers rather than just patients.