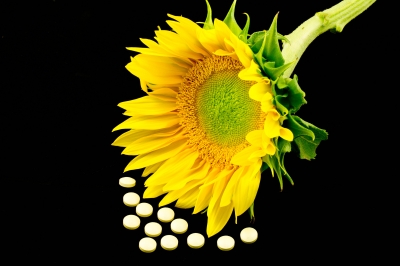 Medical researchers already know that vitamin D interacts with cancer cells related to acute myeloid leukemia. However, a study published in January 2016 suggests that low levels of this nutrient may lead to a greater risk of leukemia. Researchers wanted to know if low exposure to sunlight in various parts of the world leads to increased rates of leukemia in certain countries.

A team from the University of California-San Diego researched the incidences of leukemia in 172 countries. After removing several factors, such as age, gender, life expectancy and altitude, scientists noted that people who live farther away from the equator have a greater risk of leukemia compared to people who live closer to the equator. Residents of the United States, Ireland, Canada, New Zealand and Australia are twice as likely to get this kind of cancer as opposed to people who live in Nigeria, Samoa, Bolivia and Madagascar.

Although researchers cannot tell if a lack of ultraviolet radiation exposure causes leukemia, scientists believe many of the problems associated with leukemia come from a lack of vitamin D due to less sunlight. Doctors note that a form of the vitamin, called 25(OH)D, interacts with acute myeloid leukemia cells. More 25(OH)D in a person's body indicates a lesser chance for getting leukemia. Scientists are not sure why this relationship exists.

High points of the study include the thousands of leukemia cases from hundreds of countries around the world. This study also backs previous research that vitamin D levels have a correlation with leukemia. Researchers believe doctors should investigate this relationship further to try to prevent leukemia in patients in the future.

Vitamin D may do more than just help prevent cancer. This nutrient, as made by the body after exposure to sunlight, may help make the heart healthier. Researchers at the University of Edinburgh note the bodies of mice make nitric oxide after they receive a healthy amount of sunlight on the skin. Mice with extra sun exposure suffered from fewer health complications, such as obesity, weight gain and insulin resistance.

Vitamin D supplementation did not have the same effect on the mice as exposure to sunlight. Researchers showed this by giving mice supplements versus rubbing nitric oxide cream on the skin of the animals. Those with the supplement did not experience reduce health problems compared to those with the cream. This proves that sunlight plays an important role in the production of this nutrient.

Health care advocates may suggest patients get out and get more sun, but not so much as to increase the risk of skin cancer later in life. Patients should talk to their doctors about appropriate levels of sunlight to produce the right amount of vitamin D in the body. Increased levels of this vitamin may help many problems, but too much of it could lead to increased falls for seniors.