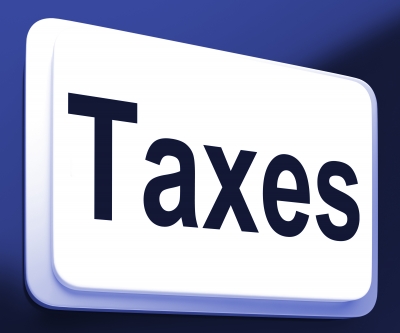 The Congressional Budget Office report considers a number of factors and tax penalties to arrive at the conclusion that low- and moderate-wage earners face high tax penalties. In addition to the standard tax rate, state income taxes and the affects of combined income were calculated.

The effects of combined incomes is often debated and referred to as a marriage tax penalty. Taxpayers are considered to be affected by the marriage tax penalty if combining incomes results in more tax penalties than if two taxpayers were to file separately, with a single filing status. For example, if one spouse earns a high income but the other spouse makes minimum wage, the lower income is taxed at a rate far higher than if the spouse with a low income was single, because combined household income determines the tax rate for the household when spouses file jointly.

One of the newest—and most controversial—tax penalty that affects low-income wage earners is a result of the Affordable Care Act. If a taxpayer does not purchase health insurance by the designated deadline, a tax penalty is imposed. The tax penalty is $95.00 for an adult or 1 percent of income, whichever is greater. For example, someone who makes $28,500 would end up with a tax penalty of $285, which is 1 percent of that income. For low-income taxpayers, the burden of paying monthly premiums or an annual tax has a significant affect on finances. However, to get an exemption, the cost of health insurance must be over 8 percent of a person's income, which again, puts a strain on finances, especially for low-income families.

Another potential marriage tax penalty arises when low-income wage earners marry—they receive a lower Earned Income Tax Credit or make too much to qualify for the credit altogether. The Earned Income Tax Credit amount is determined by income level, with taxpayers who earn less receiving a higher credit. Consequently, some families with two wage-earners are essentially penalized for being married.

When to start taking Social Security: A guide
news from The Week - Business

Uber and Lyft drivers are planning to strike this week, and it high...
news from Markets