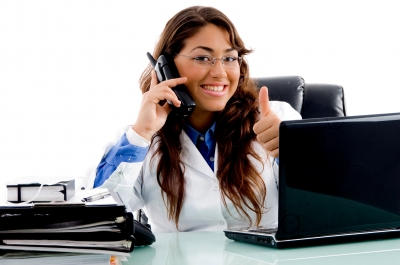 The second Obamacare open enrollment period ended on March 31, 2014. Anyone who wanted to get 2014 coverage on the Affordable Care Act exchange needed to apply by the end of March; 2015 coverage won't open until November 15, 2014. Because of this, the federal government pushed hard for ACA signups during this late stage of the enrollment process.

Open enrollment for the 2014 ACA exchange initially began on October 1, 2013. However, the Healthcare.gov website, as well as some state ACA websites, experienced significant technical difficulties that prevented many people from enrolling during the first open enrollment period.

During the second Obamacare open enrollment period for 2014, the government pushed hard to raise awareness and encourage people to apply. The ad campaign changed to focus more on young people, and many new 2014 Obamacare open enrollment ads were specifically aimed to target young women. Other ACA ads targeted recent trends, such as twerking, in an effort to attract a young audience.

Bringing in younger enrollees, especially those in the Millennial generation, was an essential goal of the Obamacare open enrollment campaign. After all, enrollment by younger, healthier people would help subsidize the costs of older people enrolled in the ACA health care exchange. In addition, ensuring Millennials made it on to the ACA exchange would help protect them in the case of a serious accident or illness. Without high-quality health insurance, a single illness may quickly lead to a loss of life savings and even bankruptcy. The federal government hoped Millennial enrollees would understand that by enrolling in the ACA, they were protecting both their health and their financial future.

Did the efforts pay off? According to USA Today and the U.S. Department of Health and Human Services, over 2 million people visited Healthcare.gov in the final weekend before the March 31 deadline. On Thursday, March 27, 2014, President Obama announced that more than 6 million people had enrolled in the ACA exchange, and this key number means that the Affordable Care Act now has enough enrollees to remain sustainable. Even with fewer Millennial enrollees than expected, the ACA stands to be a success for 2014.

The federal government's advertising campaign and late push for awareness clearly paid off. Obamacare open enrollment signups rose significantly during the end of the 2014 open enrollment campaign, and the program's success will likely inspire even more signups when the 2015 open enrollment period opens to the public on November 15, 2014.

The success of the Affordable Care Act depends on ACA signups and public interest. If the program does not receive a large enough enrollment, it won't be able to remain sustainable. The federal government and the Obamacare open enrollment team worked hard to raise awareness about the important health care services provided by the ACA, and their efforts were more than successful. During the late push for awareness, they got the signups they needed.