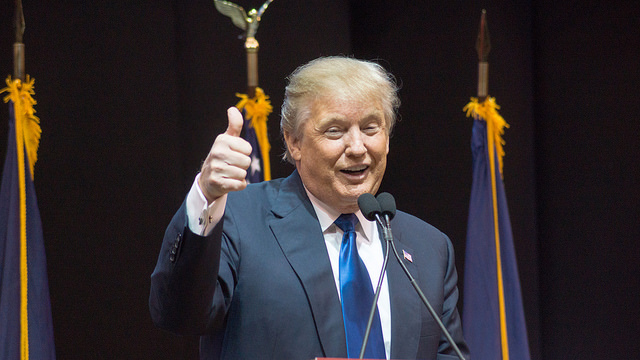 America's H-1B visa program allows employers to bring in top talent from other countries as a way to bolster their staffs. Tech companies use temporary work visas to bring in top programmers, IT staffers and technicians to take their brands to higher levels. President Donald Trump's administration wants to change the way companies receive visas for workers, and the changes focus on outsourcing firms that bring in jobs from overseas as opposed to hiring Americans.

As of February 2017, the H-1B visa program favors large outsourcing firms. When it comes to computer-based occupations, the top 10 tech firms received 38 percent of all H-1B visas during fiscal year 2015. Many of these firms originate in other countries, while others outsource jobs overseas.

In 2015, some of the largest H-1B firms included Accenture, Tata Consultancy Services, Infosys, Cognizant and IBM. These companies receive work visas for international workers to come to the United States based on a lottery system, but larger firms increase their chances of getting visas because they submit many more applications compared to smaller companies.

The H-1B visa program lottery system works by limiting the total number of visas to 85,000 in any given fiscal year. Of those, 25,000 go to people with advanced degrees or specialized education so tech firms can bring in top talent to the United States. During fiscal year 2015, the U.S. government received 172,500 applications for these visas, and the government rejected 87,500 of them because they were above the cap of 85,000. Smaller firms were left out of the cold in this system because they have less of a need. Of the 9,100 tech firms that submitted applications for H-1B visas for computer-related jobs, more than 5,000 had just one application approved.

Trump wants to change the lottery distribution method for the H-1B visa program and replace it with a merit-based system. Rather than random selections, Trump's administration wants to favor people who received education in the United States or based on the wages of the people entering the country. The new regulations would also favor firms with less than 15 percent of their staff on visas as opposed to larger firms that need top talent from overseas.

Some countries worry about how changes to the lottery system may affect them, especially India. NASSCOM, India's IT industry trade group, says it doesn't mind if America tries to protect its own workers by altering the H-1B visa program. However, the group feels favoring smaller firms amounts to discrimination.

One key person in Trump's administration favors changing the H-1B visa lottery system. Attorney General Jeff Sessions said in 2016 that there is no shortage of skilled workers in the United States. Session has been an ardent supporter of Trump since he announced his candidacy for president. The idea behind changing the program is to bring more tech jobs to Americans rather than noncitizen workers. The effects of any changes could help more IT workers find great jobs, but it could also lead to more offshoring for tech firms.

The Trump administration's protectionist ideals include changes to the H-1B visa program. Experts believe any policy changes probably alter the tech industry gradually rather than abruptly, if tech companies make any huge changes at all.

Register
Sign In
Donald Trump Is In The Perfect Position To Dramatically Remake The ...
news via Politics - The...
Dollar rallies against pound as US Federal Reserve sets date for ba...
news via Yahoo Finance