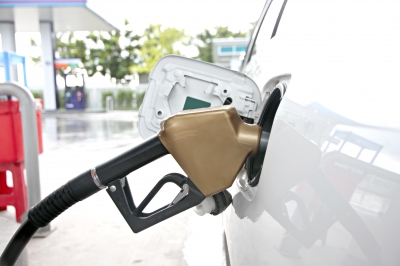 Donald Trump promised over-the-road truckers he would do something about America's crumbling transportation network of roads and bridges. One solution he proposed involves raising the gas tax to pay for infrastructure improvements. The trucking industry told the president it would support such a move because highways are in such bad shape. However, increasing the tax on gasoline faces many hurdles.

As of 2017, the nationwide gas tax hasn't seen an increase in nearly 20 years. The tax rose to 18.4 cents per gallon in 1997 when former President Bill Clinton signed legislation approving the increase. Republicans and Democrats in Congress both proposed bills during the Obama administration to raise revenue to fix roads by raising the tax on the price of a gallon of gasoline. Those measures never came to a full vote in the Senate or the House.

Among ordinary Americans, a survey from AAA in 2014 determined that 52 percent of citizens supported increasing the gas tax, while 68 percent wanted to see better roads, bridges and highways. Although adding to the tax burdens of Americans is unpopular, even going back to the beginning of the tax on gasoline in 1932, everyone with a stated interest in transportation seems to understand that something has to give. The president, lawmakers and trucking industry officials all know that America needs better roads.

Why Does the United States Need So Many Improvements?

The need for more repairs and infrastructure improvements comes from the sheer volume of vehicles on the nation's roads. Since the last time the gas tax increased, the number of vehicles on American roads went from 211.6 million to 260.4 million in 2014. That's an increase of nearly 50 million vehicles, or nearly 25 percent.

What Is Trump Going to Do?

When it comes to the gas tax, Trump said he is open to any starting point. He actually agrees with the Democrats in that the United States must spend trillions of dollars over several years to upgrade roads, bridges, railroads, airports and transportation hubs. Construction projects create jobs for people to build them. Afterwards, the improvements make it easier and safer to transport goods across the United States.

However, raising the federal tax on gasoline has limits. More and more vehicles on the road have better fuel efficiency than they did 20 years ago. Technological advances in onboard computers, electric vehicles and self-driving cars produce even greater fuel savings. When these cars become cheaper, more Americans will spend less on gasoline to fill their tanks, if cars even have gas tanks in the coming decades. Inexpensive gas prices may take the bite out of gas prices thanks to the shale oil boom in the United States, but eventually, federal lawmakers may have to find different ways to raise revenue for infrastructure improvements.

President Trump faces a few dilemmas with the gas tax. Raising taxes in general is unpopular, and lawmakers seem unwilling to take this problem to task during 2017 even though the nation needs better roads.

Photo courtesy of meepoohyaphoto at FreeDigitalPhotos.net