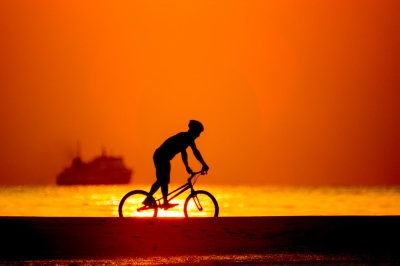 In today's fast-paced society and lackluster economic environment, more and more people are susceptible to clinical depression. The Centers for Disease Control reports that one in ten United States adults currently suffer from symptoms of depression with over 3 percent suffering from major depression. Current research shows a clear correlation between regular exercise and reduced depression symptoms.

Depression is considered one of the most common types of mental illness and affects the lives of over 350 million people globally. The World Health Organization lists depression as the leading cause of disability in the world. Traditional treatment for symptoms of depression involves medication or psychotherapy or a combination of both. Unfortunately, traditional methods don't prevent recurring instances of depression and in many cases fail to help patients at all. As more studies are conducted, it is becoming clearer that alternative therapies may hold some ground.

While exercise is likely the last thing on the mind of a person who is suffering from depression, the evidence of its importance is mounting: a recent study suggests engaging in physical activity three times a week reduces the likelihood of depression by nearly 16 percent, and for each additional weekly session, the risk drops even more. The UK-based study, conducted by Snehal Pinto Pereira of University College London's Institute of Child Health, followed 11,135 people born in 1958 until age 50 and recorded their depressive symptoms and levels of activity at different points in their lives. Results of the study concluded that with increased physical activity, there was a noticeable decline in symptoms of depression, and this correlation applied to the population as a whole rather than just the subjects who were already at high risk for clinical depression.

In addition to improving depression symptoms, physical exercise has a variety of other benefits that make it an important addition to anyone's regimen. Exercise helps improve and prevent medical problems such as arthritis, diabetes and high blood pressure. It also prevents and helps to manage obesity and heart disease while reducing stress and anxiety. The physical benefits of exercise can help improve a person's self-image, thereby further decreasing symptoms of depression.

Now that studies confirm the role of exercise in preventing and reversing depression, experts are designing new courses of treatment. The American Psychiatric Association recently released a set of guidelines for treating symptoms of depression. These guidelines outline a more balanced approach than traditional methods and include a combination of medications, therapies, physical exercise and other alternative treatments.

Studies show that any form of exercise can improve symptoms of depression. Some moderate forms of exercise include walking, jogging, biking, dancing, gardening, tennis, low-impact aerobics, swimming and yoga. Social support is also an important aspect of the healing process, so joining a group fitness class may be even more beneficial to handling depression symptoms.

Register
Sign In
After 84 Years, FDR's First 100 Days Remain A Benchmark
news via Politics - The...