Retail is Struggling to Evolve With Shopper Habits 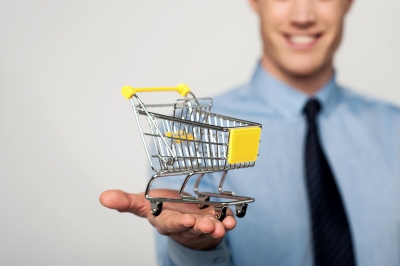 Online shopping is good for business but bad for retailers. Traditional brick-and-mortar retail stores have to adjust marketing strategies to attract shoppers and compete with online options. Even retail stores with both virtual and real storefronts are struggling to evolve in regards to shopper habits. The growing popularity of smartphones and tablets make it even harder for in-person retailers to compete with shoppers who now have continuous access to online shopping.

One of the newest shopper habits to threaten retailers is "showrooming," the practice of visiting a retail store in person to handle and test merchandise before ordering the merchandise for a lower price online. Smartphones allow shoppers to compare prices and order merchandise online from competitors while still in the retail store.

Many retailers are choosing to embrace showrooming. Home Depot, Target and Best Buy all offer in-store buying incentives and deals that shoppers only get by purchasing in-store. Other retailers combat showrooming by matching competitor prices and deals found online. This is an example of retail evolution that both acknowledges shopper habits and provides a solution that keeps shoppers' retail dollars within the store.

However, some retailers are still losing money to online competitors. Book and media retailer Barnes & Noble, for example, is closing several of its storefronts as it attempts to evolve in an environment where it must compete with Amazon and other online-only retailers. Barnes & Noble may find a way to adapt to changing shopper habits, or it may go the way of Borders, Blockbuster and other media retailers.

It is important to note that Barnes & Noble operates both brick-and-mortar stores and an online store. In other words: having an online portal through which shoppers can buy merchandise is not enough. Instead, retailers must thoroughly study shopper habits and discover why shoppers are choosing Amazon's online interface over Barnes & Noble's online interface, or what makes a shopper choose Target's online store vs. Wal-Mart's.

This type of data is becoming more and more important as retailers struggle to understand shopper habits. Understanding what makes a shopper click on an ad and what drives a shopper to make a purchase are essential components of today's retail marketing strategies. Retailers are using predictive data to guess what shoppers want to buy next and extremely sophisticated Web analytics to place ads for these products where shoppers will find them.

This current retail evolution is likely to determine which brands succeed and which brands fail. Retailers that adapt to shopper habits have a better chance of surviving over the next five years. Retailers that fail to adapt or lose out to competitors are likely to fade away. Shoppers, meanwhile, have the benefit of many online and in-store retail options as retailers struggle to survive in this new shopping environment.