Sales' Signs Say it All 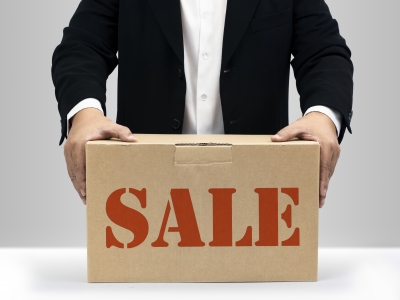 Retailers love the winter holidays, as it means more revenue at a time when everyone shops for the gift-giving season. Thanks to low gas prices and a better economy, the 2015 version of holiday retail sales should include robust numbers of increased revenue and greater profits.

Not so fast, says Walter Loeb, a senior retail analyst for Forbes. As of mid-December 2015, he says the weather is too warm and shoppers aren't thinking about a cold, snow-covered Christmas. Millennials still haven't opened their wallets or debit cards to the massive sales events going on with several retailers well into the middle of the winter holidays. What's going on with retail sales?

In terms of same-store sales from November 2014 to November 2015, a few retailers reported figures that indicate slumping sales rather than an uptick. Banana Republic dropped a whopping 19 percent from 2014 to 2015, whereas Old Navy lowered 9 percent, Buckle decreased nearly 8 percent and Gap lessened by 4 percent.

On the upside, Bath & Body Works rose 7 percent in retail sales, and Victoria's Secret gained 6 percent for holiday shopping. These mixed messages among some retailers may send the overall picture into a negative, although huge national chains such as Wal-Mart, Target and Best Buy don't have any figures to divulge in the middle of the shopping season.

Even after Black Friday and less than two weeks before Christmas, more and more retailers dip into mid-season sales tactics to try to draw in more customers. Perhaps the impetus behind these retail sales comes from Cyber Monday as many national chains, including Wal-Mart, Target, Macy's, JC Penney and Amazon, extended Cyber Monday sales for an entire week. This could be one reason why millennials avoided brick-and-mortar stores during the first half of the holiday season.

Special events happened at several retailers, including Macy's and Lord & Taylor that touted so-called Friends and Family sales to encourage shoppers to bring a cadre of friends and family with them. The idea, of course, is to improve retail sales by getting more people in the door. JC Penney had a one-day sales event Dec. 9 that extended into the next three days. Saks Fifth Avenue ran a huge 50 percent off sale on Russian fur coats with a $2,000 gift card thrown into the mix for high-end shoppers. Not to be outdone, Bloomingdale's marked down all of its boots 30 to 40 percent until Christmas Eve.

Instead of scrambling in the middle of the holidays, perhaps retailers should have been more prepared to start the season. Businesses can send out invitations to customers in September thanks to email and social media offers. Stores can tout great customer service as a way to add value to products bought on the shelves. Managers and owners can reorganize the store to make it look refreshed and renewed for the holiday shopping push. These little things could have a big impact on sales ahead of Black Friday.

What do all these retail sales tactics indicate? It could mean figures leading up to Black Friday were disappointing and retailers were trying to compensate. More sales could also designate the changing habits of shoppers as more people turn to Internet deals and shopping online.

'We're not Neiman Marcus': Hudson's Bay says it plans to be around ...
news via Financial Post - Top...