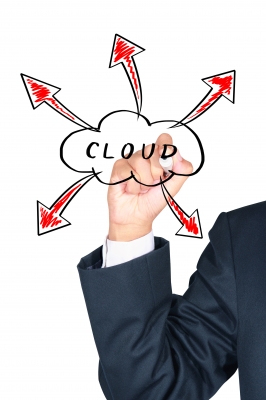 Salesforce is a leader in cloud-based services, tools and applications for companies of all sizes, partially because of its 2010 venture into the lucrative world of networking. The Salesforce company released the social collaboration tool Chatter for enterprises, offering a number of networking services for paid users. In late 2010, it announced a free version of the same platform, reaching out to an even broader audience.

Marc Benioff, the CEO of Salesforce, launched the free version of Chatter to extend the company's customer base beyond sales professionals. Like Facebook, this networking service is meant to be mobile and viral, allowing users to easily invite other users to participate. According to Fortune Magazine, the paid Chatter enterprise software is one of the most successful products the Salesforce company has introduced, boasting big-name clients such as Dell, which now has more than 100,000 workers on the platform. In a period of less than five months, Chatter attracted more than 60,000 companies that include such brands as Pandora, Kelly Services and other reputable companies.

Chatter allows users to create profiles, update statuses and share files in a style similar to Facebook, and users can also "follow" people, data, processes and more to stay on top of important company projects. Other features of the free version of Chatter include real-time feeds, groups, filters, mobile capability and invitations. For a small monthly fee, sales professionals and other users can enjoy additional features like the ability to track data and employ custom objects. Chatter is meant to aid social collaboration within each company, and the app and platform are an industry first. Many companies are choosing an enterprise-wide deployment of the system.

The Salesforce company has been enjoying plenty of success from its networking tool, but its cloud-based customer relationship software is still its chief product. Even big companies like Microsoft are trying to steal from the company's huge customer base, offering a rebate for users who switch over from Salesforce and even making an entire marketing campaign subtly directed at Salesforce customers, according to Fortune Magazine. However, it is clear that Salesforce has little to worry about as it has been experiencing steady success from year to year. In fact, the company experienced 38 percent of revenue growth for its second quarter in 2014.

The Salesforce company is enjoying the business of more than 87,000 customers, and the company is not showing any signs of stopping. Social networking tools are a popular addition for Web-based companies, but their success depends on the company's existing pool of customers as well as networking know-how. The Salesforce company is already a leader in cloud-based applications, so the time-tested Chatter app has been a pretty easy step for Benioff and his team.

Microsoft and Salesforce have made love and war for 15 years. Here'...
news from Markets