Self-Powered Cameras Are on the Horizon 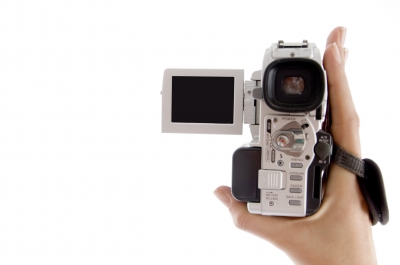 Complex devices that run on solar power could revolutionize the technology industry by eliminating the need for batteries, electrical outlets and electrical grids. An experimental self-powered camera may eventually provide a way for wearable technology, small devices and remote sensing gear to run on their own power.

Scientists at Columbia University have created a self-powered camera that collects light and turns it into energy with a photodiode. The video camera uses a contraption that looks similar to a light-collecting sensor. This diode is a small, round object that senses the amount of light that reaches the camera. It looks like a clear dome sitting on top of a circuit board. The research team made the sensor using parts already found on the shelf, which means no special manufacturing process was needed to make the unique light-collecting sensor.

Scientists got the idea when they realized a camera's light collector could double as a small solar array. The self-powered camera converts passive light in the area into solar power capable of producing 1,200 pixels, the minimum resolution needed to record a human face. The results include grainy, black-and-white images at one frame per second on a rather large video recording device.

However, researchers feel this is the first step to creating much better cameras that produce higher-quality images with better frame rates. The self-powered camera creates its own power at 300 lux, or the approximate brightness of a normal office setting indoors. The rough images are powered by latent light already coming from fluorescent bulbs in the building itself. By comparison, 100 lux is a very dark, overcast day outside, whereas 400 lux represents the illumination at sunrise or sunset on a clear day. Direct sunlight produces between 32,000 and 100,000 lux.

The applications moving forward are endless. Digital imaging assists wearable technology, smart sensors and small devices that use passive energy. A camera embedded in a wireless device that has endless power, without a storage medium such as a battery, presents a very useful application for everyday use. A self-powered camera could eventually collect light for smartphones and cellphones, but the photodiodes would have to be much more efficient at turning latent light into energy.

The next step for the researchers is to find a large investor — perhaps a wearable technology company such as Sony, Google, Motorola or Samsung — to invest in the project. These companies have already marketed wearable tech to the masses, and when consumers buy these devices, the prices eventually come down. Given a few years, these new types of power collectors could be everywhere without the need to plug into an outlet.

Researchers hope their self-powered camera helps create a revolution in small devices. The chip powered by the sensor would have to be smaller and use less power, but scientists are confident a consumer-ready camera is not out of the question in a few years.