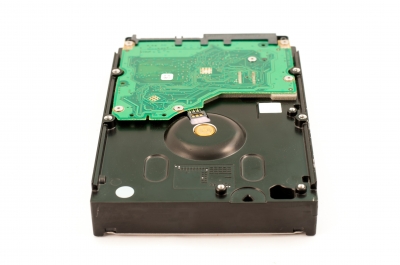 SMART stands for Self-Monitoring, Analysis, and Reporting Technology. It's a tool that is included in hard drives to alert users to a potential hard drive failure. Recently, cloud service provider Backblaze released data showing exactly how the data produced by SMART can be used to predict a failing hard drive.

SMART monitors 70 metrics to keep track of the health of a hard drive. Data from Backblaze showed that five of these metrics are highly effective at predicting hard drive failure. The most useful SMART metrics, according to Backblaze, are SMART 5, 187, 188, 197 and 198. These correspond to the following errors: Reallocated_Sector_Count, Reported_Uncorrectable_Errors, Command_Timeout, Current_Pending_Sector_Count, and Offline_Uncorrectable. If your SMART software reports large numbers of these errors, then you might want to back up your data and prepare for hard drive failure.

SMART 187 is a particularly good indicator of a pending hard drive failure. According to Glen Budman, the CEO of Backblaze, hard drives with a SMART 187 statistic of zero hardly ever fail, but the company schedules drives for replacement as soon as this metric starts registering errors.

These findings are very useful for IT admins, as they could help predict hard drive failure, which occurs when a drive won't power up, fails to respond to commands, or cannot be read or written. Once this failure has occurred, retrieving important files and data from the drive could be difficult or impossible. Predicting hard drive failure reminds administrators and other users of the importance of backing up vital information before it is lost for good.

Cloud storage is an alternative option for storing data, and it eliminates some of the risks of hard drive failure. Using cloud storage means handing the responsibility for keeping your data safe over to cloud service providers such as Backblaze, who are experts in monitoring their data centers and keeping customers' data safe. Cloud computing is also a secure way to store your important personal or business data, as encryption technology is used to keep hackers out.

Although SMART monitors an overwhelming 70 metrics to assess the health of a hard drive, only five of these metrics were strongly correlated with hard drive failure. Looking at these five metrics could help users work out when their hard drives are approaching the ends of their lives.

Photo courtesy of Sorapop at FreeDigitalPhotos.net