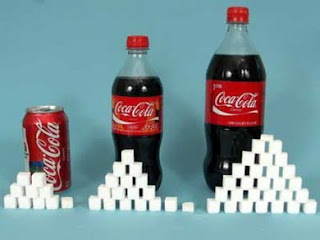 I'm not a big fan of taxing products or services, but adding a tax on high fructose sodas and juice drinks has the double benefit of reducing child and teen obesity and filling state coffers with money for more healthcare workers—like nurses and nutritionists.

I know, it's the nanny state all over again, but with both parents working longer and single parents working two or three jobs to make ends meet, it's hard to constantly control what kids are drinking—especially teens. Kids consume about 50 gallons per person per year of soda and sugar-sweetened beverages, which many doctors and nutritionists contend is a key factor in the rise of childhood obesity.

Studies show that raising the price of sugared drinks can lower consumption. The U.S. Economic Research Service found that a 10% increase in the price of soda would lead to an 8% reduction in consumption among low-income populations.

An independent analysis of the New York's state budget revealed that failure to pass the proposed soda tax would cost New York City 16,710 healthcare jobs. Conducted by the Greater New York Hospital Association, the study showed that a tax on sugar-sweetened beverages would prevent the "systematic defunding of health care" in New York. The association believes that soda tax revenues--over $500 million annually--would go toward vital health services that could prevent layoffs.

I swore off sugared drinks long ago because I got tired of the "sugar crash" they left me with an hour or so later. And because both my doctor and my dentist advised me to avoid these beverages.