Test Flights for Amazon Drones Have Been Approved 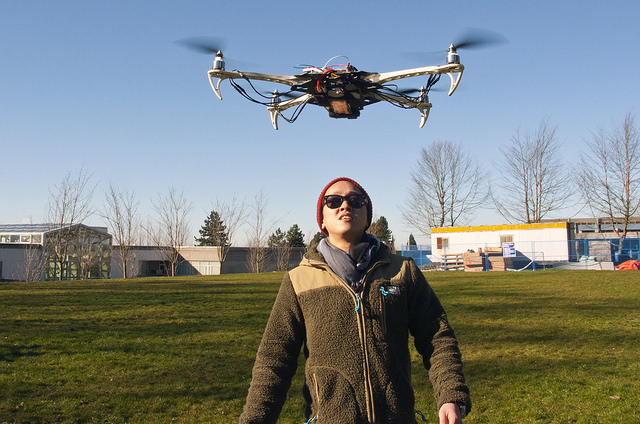 Amazon.com's concept for delivery drones was introduced by CEO Jeff Bezos in 2013. Since then, the company has tried to get test flights in the United States approved by the Federal Aviation Administration. The agency officially approved Amazon's drones for testing in April 2015, ending a nearly two-year battle to gain approval.

The FAA granted Amazon.com an exemption from initial rules made earlier in 2015. The move allows the company to conduct test flights of delivery drones over U.S. airspace, so long as the machines stay under 400 feet and travel less than 100 mph. Tests must be conducted on private property, during daylight hours and within sight of the person flying the drones. Drones must weigh 55 pounds or less.

The move comes after Amazon.com shifted its delivery drones to British Columbia ahead of any FAA regulations. When the FAA issued its initial rules, it disallowed unmanned aircraft to carry "persons or property for compensation or hire." Amazon.com seemed to be left out, but the federal government issued an exemption for the e-commerce giant.

The exemption covers testing of the delivery drones, but not their actual application to Amazon.com's planned use. The company's Prime Air project hopes to allow ultra-fast delivery of packages less than 5 pounds over distances of more than 10 miles. The idea is to circumvent traditional logistics companies such as FedEx, UPS and the U.S. Postal Service to deliver products to consumers faster than ever before. Amazon.com must prove its automated delivery system can navigate urban hazards, wildlife, weather conditions, theft attempts and mechanical breakdowns without harming civilians on the ground.

Approval for more widespread use of delivery drones should be done "safely and soon," notes officials from Amazon.com. The company said initial testing done outside of U.S. borders made its model approved by the FAA in March 2015 totally obsolete. This new exemption in April speeds up the testing process for Prime Air.

The first set of rules issued by the FAA meant other countries could become testing grounds for drones. India decided to investigate drone regulations when the U.S. government failed to grant Amazon.com an initial exemption. The e-commerce company planned to launch drones in Mumbai and Bangalore to test its Prime Air service.

If Amazon.com proves that lightweight, automated drones can deliver goods and services to millions of customers in urban areas, the technology shows promise in other commercial applications such as the delivery of food, prescription medications and emergency supplies. Drones save companies money by automating certain aspects of deliveries once accomplished by humans. Even FedEx and UPS could invest in drone technology to speed delivery of certain packages. Instead of sending out delivery drivers, companies can use a fleet of drones to deliver lightweight packages from a single base of operations in large urban areas. Products such as toothbrushes, bottles of soda, fresh pizza and aspirin could be sent to consumers' homes without getting tied up in ground traffic snafus.

The possibilities of drone deliveries changes the way companies do business, invest in the future and hire new employees. Instead of delivery drivers, firms need to look into the prospects of hiring electrical engineers and computer programmers. Specialized drone companies also stand to benefit from these drones in the future.