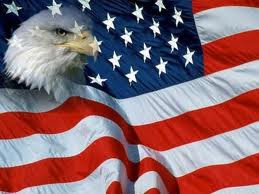 On October 10th Yahoo news http://news.yahoo.com/video/business-15749628/home-completely-made-in-america-26889271.html ran an interesting report about a house in Bozeman Montana. The house is on the intersection of North Montana Street and Cottonwood and is being constructed completely with 100% made in America products by contractor Anders Lewendal.

In the house the doors are from North Dakota, the windows from Utah, the fixtures are from North Carolina and the electrical wiring is from Georgia. The only item that Anders Lewendal couldn't find for its construction was the j-bolts for the concrete. He rushed in steel from Utah and had them hand made.

A house like this must cost a fortune you ask? Actually, it only costs 1 to 2 percent more than a house using pricing based on having foreign products in it according to a blog by Ben Forer of abcnews.go.com. And the quality of the products is 100% American, so though the nails are more expensive than Chinese nails, they also don’t jam the nail gun nearly as much.

I love this, of course, having written in my course of time about the stupidty of free trade and how the gentle words of politicians to soothe us are false. The politicians use on us a method of capturing horses. You put up a huge fence around a herd and move it in a little every day until the wild herd is surrounded in a small space with nowhere to go but the trough for its eats. Yet out of horse country such a great idea comes because the heartland is still 100% American like this house.

According to Lewendal, if just 5 % of every new home were built with all American products then 220,000 jobs would be created. And this, of course would have a ricochet effect as wealth creates wealth, especially if remodeling is included.

The only problem with his idea is will people do it? Everybody talks about supporting Mom and Pop businesses or the giants of American industry that won World War II but they then run down to Wal-mart for the cheapest slave made item from abroad. Even our Pentagon is stupid enough to buy computers for national defense from Communist China and acts shocked when it turns out that the devices are compromised.

So it is no wonder then that after our forces bled for Iraq which may now have more oil than Saudi Arabia, the government of Iraq and its elite, who have let their country fall apart because of treachery towards each other, buy from China at every turn and our State Department let this happen. Is this change?

Perhaps Mr. Lewendal's idea will be the spark needed for real change; hopefully soon, for if not done eventually, the same people of our land who don’t buy American will get to ride in planes with wings wrongly made overseas, have medical procedures done with defective foreign parts made with stolen patents in even greater numbers. Too they will find that the quality of life continues to decline as more employment moves overseas because of a corrupt Congress and State Department which are bought to make unfair and actually anti-free market treaties while chanting the mantra of “free trade is good; free trade is free.”

If you wish to enlist in the army of Buy American, here is the abc.go.com blog which lists the manufacturers used by Mr. Lewendal. I for one need home repairs done, and I know now where to order. http://abcnews.go.com/blogs/business/2011/10/how-to-build-a-made-in-america-home/