US Health Care Hiring is Slowing Down 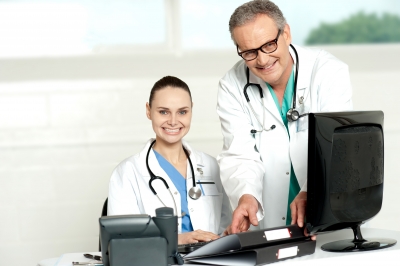 Although health care has been an industry with steady hiring over the years since the Great Depression, health care hiring is finally slowing down. According to the monthly employment report released by the U.S. Department of Labor in December of 2013, the industry was down 6,000 jobs in that month. January and February did not show much improvement, indicating that December was probably not simply a fluke.

Even during the recession, the health care industry could be counted on to provide jobs month after month. According to CNN Money, the industry showed increased hiring numbers for more than 120 straight months, driven in part by the aging and subsequent health needs of the Baby Boomer generation. In addition, health care fields continue to require hands-on work rather than relying solely on a takeover by technology.

Americans expected this trend to continue, so the December report came as a shock. The slowing in hiring is a drastic change from the industry's 2013 average monthly creation of approximately 17,000 jobs. The health care hiring drop can be traced to factors such as budget uncertainty due to the Affordable Care Act, in response to which several health care organizations have felt forced to make numerous operational changes.

A recent emphasis on outpatient care has led to a particularly noticeable health care hiring decrease in hospitals and nursing homes. This, again, is in part due to the Affordable Care Act, which often requires patients to opt for less expensive outpatient options. Of the 10,000 health care jobs added in February, 8,000 of these were added by physicians' offices due to these large-scale industry changes. However, because slower hiring is common during the winter, it is possible that these numbers will show some improvement as spring sets in.

Another possible factor behind the health care hiring decrease is the continued effort on the part of both the government and private insurers to moderate health care spending and cut unnecessary costs. These changes largely went into effect between 2009 and 2010, and the 2013 hiring drop may be an echo of them. According to the Kaiser Family Foundation, health spending grew at the lowest recorded rate since 1960 during that period. The recent recession is also a possible factor behind the hiring decrease. As the economy improves as a whole, health care hiring may also improve.

The slowing of hiring in the health care industry may be temporary, but it is possible that it is the beginning of a long-term trend. From a wider perspective, the future is even more uncertain. The population will continue to grow, and Baby Boomers will continue to age, leading to greater health care hiring needs. At the same time, streamlining of the industry may eliminate numerous positions over the years.