Weigh Yourself Daily to Keep Weight in Check 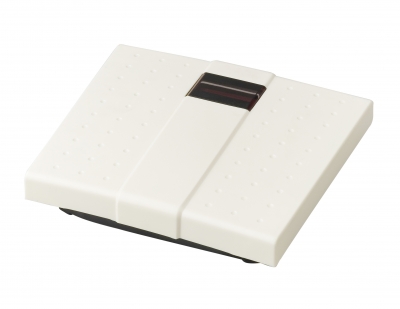 Having a daily weigh-in can help patients lose weight and keep off the pounds more effectively, according to a study published in the Journal of Obesity. People who combine this method with looking at a progress chart every day tend to maintain a diet regimen to lose modest amounts of weight for better health.

For reasons not fully understood, researchers noted this daily weigh-in method worked better for men rather than women. All you need is a scale and piece of paper to keep track of your progress. This advice goes against what many diets recommend to lose weight. Instead of weekly or bi-weekly weigh-ins, the study's authors believe daily looks and charts force dieters to see how the foods someone eats affect weight gain or loss every single day.

The Cornell University study occurred over a span of two years. Researchers saw most people kept weight off during the second year, which was significant because 40 percent of weight lost within the first year comes back, and dieters regain all of it within five years. Lead authors randomly assigned 162 people to one of two groups. Researchers gave the intervention group scales and equipment for daily self-monitoring from the start of the study, but only gave the control group the same tools after one year.

Participants could lose weight by any method they chose, with a goal of losing 10 percent of body weight within one year while attaining a 1 percent goal within 10 days. People could exercise more, eat less, alter food choices or make healthier decisions. The intervention group input daily weights in a website set up by the researchers. Members of the intervention group lost approximately 2.6 kilograms in the first year, whereas the control group lost an average of 0.5 kilogram.

Cornell University researchers focused on the food choices people made during the study. One aspect of food selection comes down to grocery shopping and reading food labels carefully. Some foods, such as reduced-fat peanut butter, contain just as many calories as regular peanut butter but with more sugar. Protein bars tout better energy levels but may have too many carbohydrates, preservatives and fillers. Enhanced, flavored waters have added sugar rather than healthy fluoride of tap water. Registered dietitians, coupled with daily monitoring, may help patients eat even better than before.

The study's authors believe the idea of daily self-monitoring led to regular reinforcement that healthier choices work to help people lose weight, no matter what method people chose. Gradual weight loss became important as people noticed results on a scale rather than looking in a mirror. A bathroom scale quantifies weight to make dieters more conscious of what they eat.

Even though most participants lost just 2 percent of their overall body weight in two years, researchers note that just a 5 percent loss can have significant health benefits for overweight patients. Maladies such as type 2 diabetes, chronic inflammation, heart disease and bacterial growth could all be lessened in people who lose weight.

The struggle to lose weight may include regular attempts at futility for some overweight patients. This recent study shows that people who monitor weight loss or gain on a daily basis can lose pounds effectively. One key includes the patience to break down long-term goals into bi-weekly bites.