What are the Rules on Widow's Benefits and Remarrying? 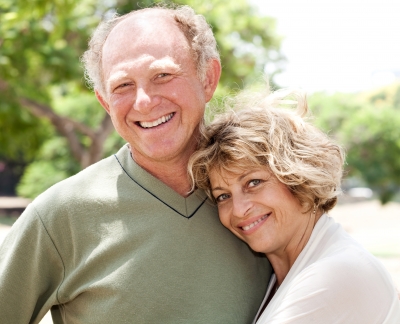 Retirement benefits make up of a significant portion of income for the country's senior population, and choosing the right time to collect determines the maximum value recipients can claim. Under Social Security laws, widows and widowers are entitled to survivor benefits, but they can unknowingly forfeit eligibility by getting remarried too soon. To avoid getting lost in a maze of headache-inducing rules, surviving spouses should understand the conditions for claiming benefits and plan accordingly.

The spouse of a worker who qualified for Social Security payments can collect a survivor benefit, commonly known as a widow's benefit, after the wage earner passes away. The surviving spouse can file for this pension at age 60 or later as long as the couple was married for more than 10 years. The federal government established widows' benefits during the Great Depression when most women relied on their husbands' salaries and struggled to survive or support families after their spouses died.

Before 1965, remarrying permanently disqualified widows and spouses who were divorced from the wage earner, but the laws were eventually amended to support male and female spouses, regardless of remarriage or divorce. However, the law states that widow(er)s can only claim these Social Security benefits if they remarry after age 60, at which time they can continue collecting the pension even after wedding a new spouse. This rule implies that a surviving spouse can never remarry until age 60, which is often confusing to the public. In reality, remarriage before 60 temporarily disqualifies a spouse, and getting divorced restores that eligibility.

Consequently, these rules create an interesting loophole for widow(er)s who don't want to delay remarriage but still want to claim survivor benefits down the road. By divorcing a current spouse before or at age 60, a widow(er) can file for a former spouse's Social Security benefits and get married again after the claim is approved. A disabled widow(er) can receive benefits at age 50 if the disability was diagnosed within seven years of the deceased spouse's death, and taking care of a disabled or underage child can also qualify surviving spouses to receive benefits earlier.

Because Social Security laws are incredibly complex, taking survivor benefits at the earliest possible date isn't always the best option. Surviving spouses often have substantial retirement benefits from their own occupations, and individual factors such as age, past income and filing date influence the maximum amount each person can receive.

Survivor benefits increase at a fixed percentage rate until they cap off when the widow(er) reaches full retirement age, or younger if the deceased spouse claimed Social Security benefits early. As a result, widow(er)s who earned less than their deceased spouses often claim their own retirement pension early and switch over to the higher pension once it reaches its peak value.

Making smart decisions in advance can help widow(er)s plan a comfortable retirement that isn't plagued by financial woes. As individual circumstances determine the best method for claiming Social Security benefits, using a trusted benefits calculator or consulting a professional can lead to a more lucrative pension.