What Are the Top 10 Resume Mistakes? 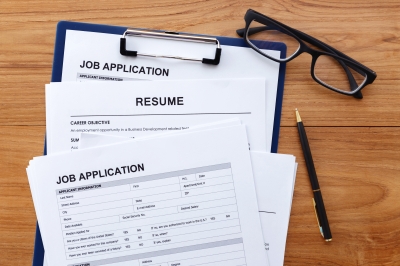 With so many official and unofficial rules to worry about, job seekers can easily make minor resume mistakes from time to time. However, hiring managers agree the most important etiquette rules haven't changed, and using these offensive resume-writing practices can instantly take you out of the running.

Recruiters don't want to read about every project you worked on in the last five years. Unless you have a long career, your resume shouldn't exceed one page. Keep it simple with a concise summary of relevant achievements.

Hiring managers value job seekers who research employers and job requirements before applying, and they can typically spot a standard CV that isn't customized for the job. You're better off tailoring your resume for a few well-researched jobs than applying to everything and hoping for a callback.

Whether it's adding fake degrees or making up past employers, lying on a resume can ruin your career before it starts. Good hiring managers run background checks on job seekers they're seriously considering, and most information on a resume is easy to verify.

Many hiring managers assume you aren't thorough and attentive when you leave spelling and grammar mistakes on your resume. Do yourself a favor, and ask a friend or colleague with strong grammar skills to proofread your document before sending it out.

People take time off between jobs for a lot of reasons, but recruiters are turned off by unexplained gaps that might be a sign of a lengthy unemployment. Instead of leaving unanswered questions, flesh out your resume with impressive activities that occurred during work gaps, such as volunteering, traveling or going back to school.

Avoid any language that sounds like complaining or badmouthing, and don't try to sell yourself as a desperate job seeker who's willing to do anything. Hiring managers want the best of the best, so coming across as a poor team player or shameless self-promoter can hurt your chances.

Complicated resume designs are distracting and do nothing to strengthen your candidacy. Recruiters quickly skim for relevant information, and a resume with too many elements is difficult to read.

Hiring managers have heard it all, so they aren't impressed when job seekers describe themselves as "detail-oriented, best-in-class hard workers." Ditch vague, overused phrasing, and describe the results you achieved in key roles with exact numbers and figures to back up your claims.

From one company to the next, people with the same job title may have vastly different responsibilities. Don't leave the hiring manager guessing. Explain your core role and how you used your skills to solve problems for past employers.

If you include a picture, make sure it's professional and reflects well on your character. Understandably, hiring managers question the judgment of job seekers who flaunt photos of themselves guzzling booze or sunbathing in a swimsuit.

The worst resume mistakes are easy to avoid by simply putting yourself in the hiring manager's shoes. If you can't imagine hiring a job seeker who can't spell, plays beer pong every weekend or uses the same resume template for every application, why should anyone else?