What is in Apple's Future? 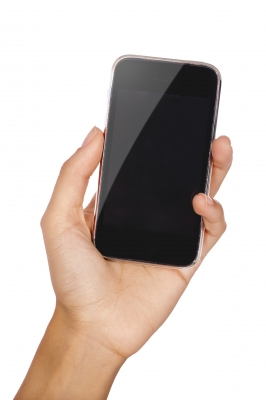 Since Steve Jobs handed control of Apple to Tim Cook, the company has taken a different approach to development and business practices. With its new leadership, Apple adopted a slower product release schedule and a broader partnership program. As Cook settles in to his role as CEO, many experts have begun to express concern about Apple's future.

As the excitement fades over the iPhone 6 and the iPhone 6 Plus, which were released in 2015, consumers are looking forward to the next gadget. In recent months, the media has begun reporting about the next big thing in Apple's future, reporting rumors about the upcoming Apple Watch and a possible Apple car. While Apple has confirmed nothing about a car, the Apple Watch is set to release in early 2015. The watch will work seamlessly with the iOS health apps to track steps and causers fitness, leading experts to believe that Apple will continue to find ways to integrate technology further into customers' everyday lives.

Other than the watch, Apple has not announced plans for other new products; Cook seems to be focusing mainly on adding different variations of existing devices, including the iPad mini. No matter what devices are coming down the pipeline, one of the products that is sure to feature heavily in Apple's future is the Apple Pay system. The technology, which allows users to pre-load credit card information and pay with a tap on the iPhone's biometric thumbprint scanner, has been gaining ground in mobile shopping where others have failed. As more businesses begin to accept Apple Pay, the technology may be implemented across more of Apple's products.

Under the direction of CEO Tim Cook, many of the most exciting things in Apple's future may happen behind the scenes, out of the sphere of consumer attention. Unlike Steve Jobs, who was single-minded in his desire to build a globally-recognized brand, Cook is seeking to shore up the company from all sides. Since he took over, Apple has begun acquiring small businesses with the goal of improving current and future products. Citing a desire to invest in music and to "marry culture and technology," Cook led the initiative to purchase Beats Music and Beats Electronics in May 2014.

Cook has also made changes that will play an important role in Apple's future, including improving relationships with employees. Near the beginning of his tenure, Cook created a program that matched employee's charitable donations, up to $10,000. He has also led the charge to increase U.S-based manufacturing and taken action to improve Apple's social responsibility rating, ensuring the company's longevity.

Although Tim Cook is taking a less-flashy route than his predecessor, he appears to be building the company from the inside out to support future development. If the past few years are any indication, consumers can expect more robust technology and longer lag times between product launches in Apple's future.