What We've Learned Since the Launch of the Affordable Care Act 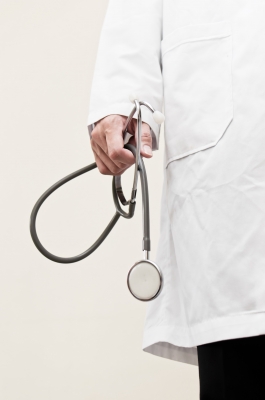 The Affordable Care Act was officially enacted on March 23, 2010. Since then, it has experienced a number of problems, including a series of websites designed to help people find affordable health insurance that did not work as effectively as expected, and significant pushback from businesses that were willing to take their disputes to the Supreme Court. There are many launch lessons to be learned from the Affordable Care Act's partially successful enactment.

One of the biggest problems with the Affordable Care Act launch was the repeated failures of the Healthcare.gov website and of the many of the state websites designed to help individual consumers navigate the health care exchange process and obtain health insurance. When Healthcare.gov launched on October 1, 2013, the website experienced numerous technological issues that prevented people from obtaining health insurance. Many state websites experienced similar technical issues. These issues continued throughout much of the 2014 Open Enrollment period.

The Healthcare.gov launch provides numerous lessons for people running tech projects. One of the biggest problems with both Healthcare.gov and state health exchange websites was that the sites were not prepared for such a large volume of traffic. This means that future Affordable Care Act websites need to be structured to handle millions of users. Likewise, people running tech projects need to prepare in advance for what might happen if hundreds of thousands of people attempt to use their tech services or website simultaneously.

On June 30, 2014, the Supreme Court ruled on Burwell vs. Hobby Lobby. It concluded that corporations were allowed to refuse to cover contraception under their insurance plans if covering contraception went against a corporation's owner's religious beliefs. As The Atlantic notes, the Supreme Court decision has already prompted other groups to request that the government include religious-based exemptions in future laws and executive orders, including those not related to the Affordable Care Act or contraception.

Although the long-term fallout from Burwell vs. Hobby Lobby is not yet known, it is clear that this is one aspect of the Affordable Care Act that is likely to have ramifications beyond the Supreme Court's initial decision. As launch lessons go, one of the consequences of the decision is clear: when exemptions are made for one stakeholder or client, other exemption requests follow.

The Affordable Care Act is still working out some of its post-launch kinks, and there will likely be additional adjustments as the law's effects become more apparent. Any company launching a big project can learn many lessons from the Affordable Care Act launch, especially from the parts of the launch that did not go as smoothly as planned.