Who Makes the Most — and the Least — in Retail Wages 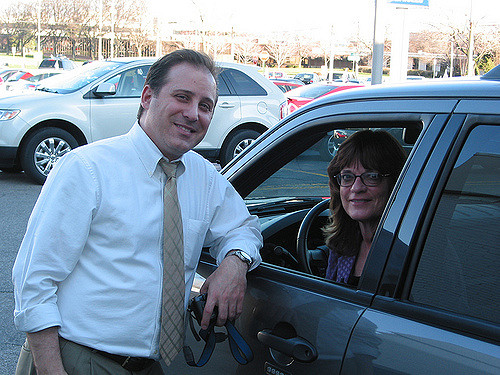 According to the Bureau of Labor Statistics, the median income of a person working in retail is $21,410 per year as of 2015, which is significantly lower than that of the average worker in the United States. However, some retail workers earn much higher wages, along with benefits such as product discounts or commissions.

The highest-earning people in retail are generally those who sell the most expensive items. Car salespeople are at the top of the pile, earning an annual mean wage of $39,880. Of course, selling cars is a skilled job, requiring in-depth knowledge of the vehicles and strong social skills.

People selling other high-value items, such as furniture, electronics, jewelry and leather goods, also earn more highly than average. Jewelry sellers often earn commissions on the goods they sell, allowing them to earn large bonuses in the run up to Christmas. Cosmetic sales jobs are also likely to pay commissions, which can quickly boost the income of skilled sellers.

Studies have shown that some companies pay much higher retail wages than others. According to Business Insider, Target pays its workers much more than other retailers. Safeway, Trader Joe's and Bloomingdale's also pay wages that are higher than average. Workers for these organizations enjoy retail wages that are among the highest in the industry, as of 2015.

At the other end of the scale are huge numbers of retail workers earning minimum wage. In a list of companies paying the lowest wages in the United States in 2015, The Huffington Post named and shamed several big-name retail brands, including the well-known department store Macy's. The average hourly wage for a sales associate at Macy's is $9.33, about half the national average.

Other companies paying low retail wages include Sears and Walmart. As one of the largest retailers in the United States, Walmart has been heavily criticized for paying its sales associates an average wage of less than $10 per hour. However, there is some hope on the horizon for employees of Wal-Mart's employees, as the company announced in 2015 that it would begin paying every employee at least $9 per hour, which could help to keep the very lowest-paid workers out of poverty.

Women make up the majority — approximately 54 percent — of retail workers and almost two thirds of low-wage retail workers, as of 2015. This gap in earnings between male and female retail workers is similar to the gender pay gap that exists throughout the U.S. economy, with men earning significantly more on average than women.

Hourly retail wages are much higher for full-time employees than for people who work part time. The median hourly wage for a part-time retail worker is only $9.61, while the median full-time worker earns $14.42 per hour. Part time employees make up almost a third of the workforce in the retail industry, so low wages among this group is a significant cause for concern.

The retail industry has a bad reputation for paying low wages to employees. However, some workers fare much better than others in this highly competitive industry. Job seekers may be able to access higher retail wages by applying for specific retailers. One strategy is to compare the retail wages offered by local retailers and apply to those offering the highest hourly compensation. There are often significant differences in pay even among retailers in the same area. Another good strategy is to apply for a job selling high-end goods, such as cars or jewelry, although this kind of role may require specialist knowledge.

As in all industries, the retail sector has a few very highly paid employees, along with many low paid workers earning the minimum wage or not much more. In some jobs, commissions can boost the incomes of retail workers, allowing them to earn much more than the average wage. Choosing the right company to work for is another good way for retail employees to access higher wages.

Low-paid women have been hurt most by the recession, and they risk ...
news via Financial Post - Top...

A subsidy that is hard to resist, and sometimes harder to justify
news via Financial Post - Top...