Why Mental Health is so Hard to Talk About 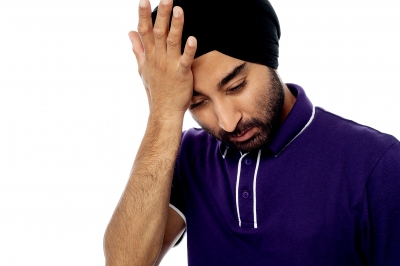 For some reason, a disease or a broken leg (even when that broken leg was caused by stupidity) is much easier to talk about than what's going on in your mind. So why is mental health so hard to talk about?

The biggest issue is the stigma surrounding mental health. For millennia, people have said that the mind is inherently controllable, that people are in charge of their own destinies. Yet the research of the past hundred years seems to invalidate that thought. Scientists now understand better than ever the way the brain works and how it is affected by specific chemicals and interactions. The presence of neurotransmitters was discovered in 1921, and the definition was codified by health care professionals in the 1960s.

However, few people have access or even care about the research that's been done on the mind. That's understandable — most people don't care to understand things that they perceive as irrelevant to their daily lives. Unfortunately, mental health is a major issue; 25 percent of people experience a mental health condition during their lives — that's one in four.

Many people are isolated. They go to work, they come home and they go to bed. Work is a competitive environment where weakness is pounced on. People don't want to worry their families unduly, but this leaves them with no outlet to talk about their feelings. If they've been laid off, they need to put on a happy face and get on with life and find a new job, even if they have what's often called situational depression.

Education, as always, is key. While a few people will always cling to the idea that mental health is an inherently personal thing and that major disorders can be changed by diet and exercise (the vast majority cannot), most people are willing to listen and have an honest conversation. Often, a simple "How are you?" combined with an actual willingness to listen can pay dividends. When doctors spend more than the average 10 seconds listening to patient, they can often uncover the real reason behind that patient's visit.

Of course, social disorders make it even harder for people to talk about mental health. Anxiety disorder and panic disorder ruin lives. Emma, writing for Time to Change, talks about how panic disorder caused her to leave exams early and left her feeling unwell without any real idea why. It's hard for people to approach anyone when they feel this way.

Ultimately, mental health is something that is still stigmatized, and it shouldn't be. With modern therapies and drugs, the vast majority of patients can lead normal lives without their sense of melancholy clouding their view.