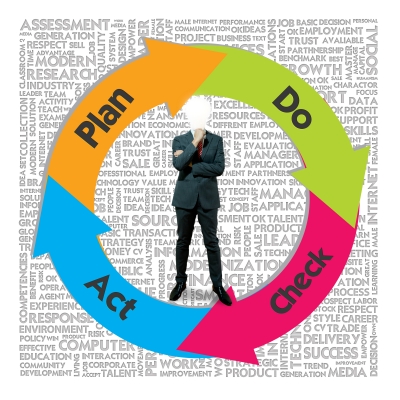 In many businesses, managers strive to fill positions so that their headcount doesn't fall below a certain minimum, but it seems that this is rather unproductive. Business productivity is directly related to employee productivity, and increasing headcount for the sake of increasing it is counterproductive. What each business needs to do is look at how its employees actually work.

Take a look at the US government, for example. Congress recently became so unproductive that it decided to shut down the government rather than agree on a bill. It had a full headcount, but because it became mired in infighting, it nearly plunged the world into a new recession. No matter who you think was to blame, another recession would've been a very bad thing. If it had been a business, this lack of productivity may have destroyed it, as it would likely face fines or have to increase overtime allocations to make up the lost work—or it could even lose the contract completely.

Productivity, therefore, is very important, but equally as important is letting your employees rest. Regular rest breaks and decent time off is excellent for business productivity as rested employees get more done and are more productive. Office workers tend to become unproductive quickly, particularly if long meetings are involved, and it's hard to measure effectiveness in this scenario. However, you might look at the amount of business you're taking in, the amount of preparation your employees are doing, and the actual length of the meetings. Better preparation usually means shorter meetings as the details don't have to be hashed out in person.

In other areas, business productivity is even more vital. When you're trying to increase production in a manufacturing environment, for example, it's tempting merely to increase headcount or, more normally, ask people to work overtime. However, overtime is often unproductive for two reasons: tired workers make mistakes and have more accidents, and overtime is not sustainable in the long term as it usually costs more, which is bad for your budget.

In fact, a workplace accident that consists of a simple strain can cost nearly $68,000 in direct and indirect costs, according to the OSHA's $afety Pays calculator. This means that tired employees can cost you a lot of money, and this affects your business productivity in a major way as well as your prospects as a manager.

Reducing your employee's stress can also increase business productivity. With around one in five employees taking time off due to stress or suffering from burnout, an organization that encourages a friendly workplace culture rather than a stressful blame game will retain its top performers and see fewer staff get sick. All of this increases business and employee productivity.

As a manager, it's vital that you are able to recognize which policies and what working conditions affect business productivity. By increasing your workers' productivity by asking them to work less, you can actually create a surprisingly productive atmosphere. And that saves you money in the long run.

'We're not Neiman Marcus': Hudson's Bay says it plans to be around ...
news via Financial Post - Top...