Will the New Administration Repeal the ACA? 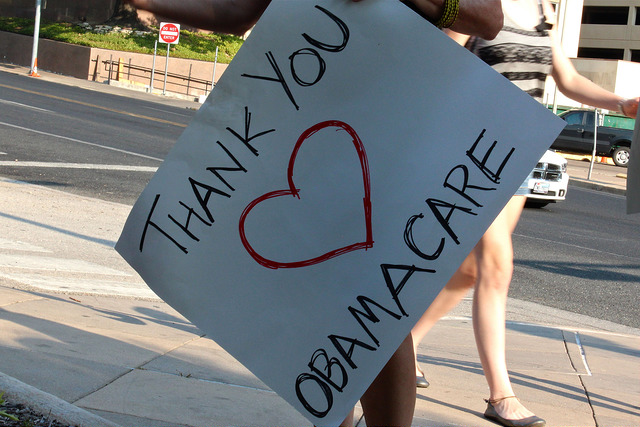 Since its earliest days, the Affordable Care Act has faced unrelenting opposition from the GOP. Repealing the act has also been a longtime campaign pledge of President-elect Donald Trump, leaving U.S. Americans wondering whether the Trump administration plans to keep its promise now that the election has passed. With a GOP-majority Senate and House of Representatives, the future of Obama's Affordable Care Act is looking pretty dim.

As early as September of 2015, Donald Trump revealed that if elected, he would repeal the Affordable Care Act and replace it with an alternative. In March of 2016, he offered a more detailed plan to accomplish this, including allowing the sale of health insurance across state lines, offering tax credits and offering greater access to tax-free health savings accounts.

The president-elect isn't the only one who has been fighting against the Affordable Care Act. Only two days after the health care act was signed into law, Iowa representative Steve King called for a full repeal, and numerous Attorneys General filed lawsuits against the act. By May of 2013, Republican legislators had made 37 attempts to repeal the health care reform law, and in September of 2015 a federal judge ruled that the House of Representatives can legally sue Obama's administration over funds spent on the law.

Now that the election has ended, however, some doubt has been cast over Trump's intentions. Following a meeting with President Barack Obama to ease the shift between the two administrations, the president-elect has announced that he may choose only to amend the Affordable Care Act rather than repeal it entirely. This has come as a surprise to many GOP House and Senate officials including House Speaker Paul Ryan, who in June of 2016 unveiled a fleshed-out Affordable Care Act replacement plan entitled "A Better Way." Republicans and Democrats alike are anxiously waiting to see which path the president-elect truly plans to follow in the coming months.

If the Trump administration does go forward in repealing the health care law, 24 million Americans would become uninsured, according to Fierce Healthcare. Additionally, some reports have found multiple flaws in the GOP's proposed replacement health care measures that may end up costing Americans more than ever. A study by the Commonwealth Fund and Rand Corporation found that while an Affordable Care Act policy would cost an average of $3,200 a year in 2018, the replacement policy would cost around $4,700.

From its rocky start, the Affordable Care Act, often dubbed "Obamacare," has met endless opposition, and a Republican administration places it in more danger than ever. While the future of the health care law may be in the air, President-elect Trump's change of stance offers some hope to the millions of Americans who depend on the law for affordable health care.

Trump's next big decision is to save or wreck Obamacare
news from Markets
Trump Says Obamacare Is 'Imploding.' That's News To California.
news via Politics - The...
Will Your Employer Drop Healthcare Under the New Plan?
article posted by Julie Shenkman