Wise or Risky for Starbucks to Allow Tattoos 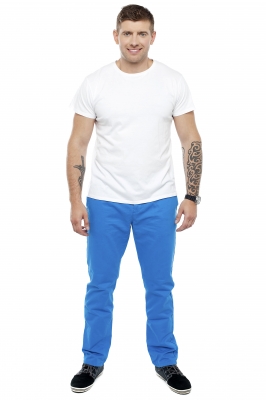 Beverage giant Starbucks Coffee made headlines in October 2014 by announcing major changes to its dress-code policy. Previously, employees who regularly interacted with customers were required to keep tattoos hidden. Now, tattoos can remain visible, as can other modifications, such as body piercings. Not surprisingly, the shift caused a buzz, particularly in the customer service sector. The looser guidelines may let employees show individuality, and as some people are asserting, impress customers too.

Some industry analysts argue the leaders of Starbucks Coffee have made a wise decision. They say letting employees showcase their personal styles through methods including body modification is a great way to position a company as having a genuine brand. The coffee retailer is allowing freedom of expression through wardrobe choices too, since it now permits workers to wear accessories such as scarves.

Supporters of the decision at Starbucks Coffee assert most consumers show off preferred styles through wardrobe choices and body modification designs, so why shouldn't baristas be free to do the same? Indeed, that sentiment seems likely to resonate with the millennial generation, and companies have already debated at length about how to connect with that all-important consumer group.

There's also a belief by some in the customer-service industry that Starbucks Coffee is demonstrating by example how it is committed to hiring the best employees in the candidate pool, regardless of whether those people have piercings and tattoos. Customer-service experts often say people who excel in that demanding industry share certain personality traits, including optimism, the ability to work well as part of a team and empathy. However, although some personality traits may be common among customer-service superstars, looks aren't. Sometimes, the most outstanding front-of-house employees a company like Starbucks Coffee hires are precisely the individuals who aren't tattoo-free.

Take a look at the workers who make up your employee roster. There's a good chance individuality is the one common thread, regardless of the level at which it gets displayed at the job site. You may be under the impression customers prefer to see a unified presentation of your workforce. However, it's likely customers would rather receive prompt assistance from an employee who has a large tattoo on her exposed forearm than interact with a front-of-house employee who seems distracted and unwilling to help but doesn't have visible body art.

It should be interesting to see if the new policies adversely affect profits at Starbucks Coffee. Some individuals believe if you're part of a company with policies in place prohibiting people from being hired if they have visible tattoos or body piercings, it's time to revisit and update those guidelines. By doing so, you may experience some resistance, but you may have a better chance of hiring the best candidates available.

After all, some of the people vying for open customer-service positions at your company may be the ones who check off all of the boxes indicating an ideal new hire. If some of those individuals also have tattoos and piercings, consider taking inspiration from Starbucks Coffee. It may be worth updating your policies to not automatically exclude applicants because of something that doesn't directly affect their ability to help customers.